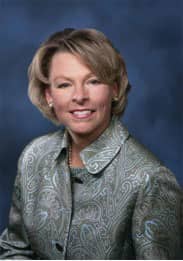 This morning the Supreme Court issued its decision (which can be downloaded here) on Christian Legal Society v. Martinez, a case that reflects on the proper interaction of church and state. The Hastings School of the Law, a part of the California public university system, denied official student group status, with the benefits that secures, to the Christian Legal Society because it requires its voting membership to affirm a statement of faith. Included in that statement of faith is the view that sex ought to be reserved for marriage between a man and a woman. Since Hastings viewed this as discriminatory, they argued that it violated their non-discrimination policy, and therefore the student group could be denied official student group status.

Once the case began, Hastings articulated an "all comers" policy, according to which every student group must permit every student to become a member and potentially a leader within the group. This, they argued, promoted the interests of the school in a forming a diverse intellectual exchange.

Patheos is presenting several different perspectives on the case, on the Evangelical Portal and its blog, Cross and Culture. Below is the perspective of Marci Hamilton, who argues quite passionately that the case is a victory for those who suffer discrimination.

What does this mean for universities and for student groups at them?

What it means is that universities that want to enforce anti-discrimination rules are going to be permitted to. What I've been saying all along is that this is a neutral rule that applies to every student group, and the fact that the Christian Legal Society could not get student funding should not be unconstitutional. That's what the court said.

Should religious student groups around the country feel as though the ground beneath them is now precarious?

That's a lot of hyperbole and silliness. That's the same kind of result that you heard from Michael McConnell when the Supreme Court decided the Smith case. The case is only about whether or not student groups are going to get funding. It has nothing to do with whether they can believe what they want to believe.  That right to believe whatever you want is secure; it's absolutely solid. Any attempt to make groups fearful that somehow their rights are being trampled is just overstatement and hyperbole.

The argument that this puts some religious student groups, groups that have a viewpoint that the university hierarchy does not prefer, at a competitive disadvantage in the religious marketplace of ideas -- you do not find that a compelling argument?

Not at all. They have every opportunity to get their ideas out there. Especially the Christian Legal Society has an unbelievable publicity machine. They're very careful about getting their message out there. They have lots of members. They don't have a competitive disadvantage.

What they were looking for was an advantage. What they were hoping to do was to be given the ability to discriminate on the basis of sexual orientation with respect to their leadership and still take government money.

One thing that should be made clear in all the reporting on this case is that this was a case about funding. It was not a case of whether or not you could believe what you want to believe. Luckily, the court said there is no constitutional right to funding when you are a group that chooses to discriminate on the basis of a category that it is illegal to discriminate against.

So it sounds as though you would say that the argument made by some -- that this sets a precedent that allows for government or governmental organs to manipulate religious groups by withdrawing common privileges or resources from those that they don't like -- is hyperbole?

No, that's utterly irrelevant. What you're talking about right now is the spin that's being given to the case by Michael McConnell. That's not at all what happened. It's not about manipulation. It's about whether or not a university can refuse to give funding to groups that engage in discrimination. This is a group that agrees and knows that it discriminates. It's not going to be able to get funding, but it's not going to be stopped from meeting and from being able to propagate its beliefs.

The reporting on this has to be extremely careful to understand that what's coming from the Christian Legal Society is spin as much as it is doctrine. What the court basically said is that they have the right to believe what they want -- that's absolutely secure. They don't have a right to funds if they're going to discriminate.