The parsha (weekly Torah portion) for the week ending July 3 is Pinchas. Pinchas is sometimes defined as "a compound of Hebrew words: ‘peh' meaning mouth and ‘nhsh,' a root that produces ‘nahash,' which can mean ‘snake' or ‘omen.' The root also yields ‘nehoshet' (copper), ‘nahush' (bronze), and ‘nehusha' (copper or bronze)" (Wikipedia, 2010). It is a proper noun (a name) and is the sixth word (and first distinctive word) in the portion. Be sure to check out the video at the end of this article! 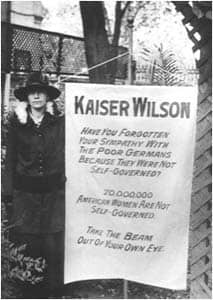 Forget the suffragettes and the feminism movement. Here are your first women fighting for equal rights! But first we meet Pinchas.

Pinchas felt the spirit of G-d. He felt fervor. Remember, we are just coming out of the time when many of the tribe were killed because they chose to worship Baal-Peor. So G-d gave our friend Pinchas some enhanced anger and Pinchas struck down a couple that was acting inappropriately in public; it was pretty violent and nasty. He threw a spear at them . . . through both of them . . . and killed them. Not a pretty sight but our Israelites are still struggling to find their place, their groove. This is actually just a small bit of our portion. Here is where we get to our first female activists.

After learning that G-d required Moses to conduct another census where we learn the sizes of our tribes, we learn about Zelophehad and his daughters. But first, the census and for those of you who are curious (I know I am) a chart of population change between the last census in Numbers 1. :

Now let's talk Zelophehad. The Torah tells us that a man named Zelophehad died leaving only five daughters and no sons. The law at the time stated that women could not inherit property but these women thought that wasn't fair.

They felt their father's line should not die just because he had no sons. The ruling as it stood said if a man died without a son, it would revert to his brothers, or parents, or other male relatives. The women took their case to Moses and Moses took their case to G-d. G-d realized their case was reasonable and the law was flawed so G-d instructed Moses to amend the law. The law would now state that if a man died without sons, his property would go to his daughters, failing that to his brothers, failing that to his father's brothers, or without any of those relatives, to the nearest relative to him. So Zelophehad's daughters stood up for what they knew should be their rights and won them! The Torah doesn't say that anyone objected to this change, except for a few elders in their tribe, the Manasseh tribe.

They objected to the plan because if the women married out of the tribe, their land would go to another tribe. So Moses amended it again, stating that Zelophehad's daughters would have to marry within their tribe.

It is at this point that we get to a poignant part of this parsha. G-d tells Moshe to climb a mountain so he can see the land of Israel. G-d also informs Moshe that once he has viewed the land, he would die and not enter it since he had disobeyed G-d by striking the rock to get water. In preparation for this, Moshe asks G-d to pick a leader so his people would not wander aimlessly. G-d picks Joshua.