Lessons from the Murder of Daniel Pearl 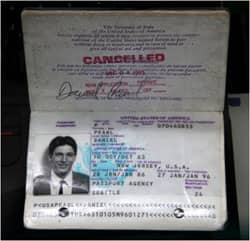 Just after 7 p.m. on January 23, 2002, Wall Street Journal reporter Daniel Pearl got into a car outside the Village Restaurant in downtown Karachi. According to friends, Danny was feeling good. He had lined up a scoop: an interview with Islamic radical Ahmed Omar Sheikh, whom Danny suspected held the key to the case of Richard C. Reid, the al Qaeda recruit who tried to blow up a trans-Atlantic jetliner with plastic explosives in his shoes.

Fazal Karim, one of the men in the car with Danny that night, was arrested last May. He told police that Daniel Pearl appeared calm as he was driven around Karachi for several hours, even when he was made to change vehicles.

After all, Danny must have thought, a militant in hiding has to cover his tracks lest the reporter lead the police to his hideout. The long, circuitous drive, the change of vehicles, was all standard cloak-and-dagger fare for a veteran journalist like Daniel Pearl.

Finally, late in the night, the car drove down a dirt road to a nursery situated in the middle of a vast field. Danny was told to get out, and was taken into a cinder-block storehouse.

At what point did Danny realize that he was no longer a journalist in pursuit of a story, but a Jew in a trap set by Islamic terrorists? When his "escorts" locked the metal door behind him? When he surveyed the 10 x 15-ft. room and realized that his prize interviewee was not there? When they tied him to a chair? When, six days later, three Arabs from Yemen arrived with a satchel filled with assorted knives?

It appears from Fazal Karim's testimony that Danny was optimistic until the end. One of the Arabs spoke to Danny in a language Mr. Karim did not understand, but Danny's face seemed to light up. According to a Western official privy to Mr. Karim's account, "Danny seemed to get some sort of encouragement that he was near release."

Immediately after that, Danny was videotaped saying: "My father is Jewish. My mother is Jewish. I am a Jew." He read a statement criticizing the United States. Then, rather than releasing him, his executioners put a blindfold over Danny's head and decapitated him. Afterward, the Arabs ordered Mr. Karim and the other guards to cut Danny's body into pieces.

The Legerdemain of Evil

The place was Pakistan. The year was 2002. The murderers were Arabs. But something about the tragedy of Daniel Pearl reminds me of another place and time, another set of villains . . .

In his memoirs, Elie Wiesel writes of the period before the Holocaust spread to his Transylvanian hometown:

We were told of arbitrary arrests, systematic humiliation, collective persecution, and even of pogroms and massacres. And yet. The truth is that, in spite of everything we knew about Nazi Germany, we had an inexplicable confidence in German culture and humanism. We kept telling ourselves that this was, after all, a civilized people, that we must not give credence to exaggerated rumors about its army's behavior. [p. 27]

Mr. Wiesel goes on to describe how, after the Jews of his town were prohibited from conducting business, were made to wear the yellow star, were ghettoized, and had their valuables confiscated, and even after the deportations began, his family still did not suspect the murderous intentions of the Germans.

Their loyal Catholic maid Maria offered them a hiding place: A remote cabin in the mountains far from the Germans and their Hungarian accomplices. Maria begged them to come with her. She promised to feed and take care of them. The Wiesel family, after a hasty meeting at their kitchen table, refused Maria's offer. "We surely would have accepted her offer had we known that ‘destination unknown' meant Birkenau."

Two days later, the family was deported to the death camp, where Elie's parents, grandmother, and little sister were killed in the gas chambers.

Citing how kindly the advancing German troops had treated the Jews during World War I, Mr. Wiesel writes: "We all fell into the trap history had set for us."

Article Continued On Next Page
Page: 1 of 4
6/17/2010 4:00:00 AM
About Kevin Juhasz
Kevin Juhasz is a content manager with a Colorado-based marketing company and the owner of <a href="https://www.thewritecontent.net/about">The Write Content</a>, which provides writing and editing services. He has more than 25 years of writing and editing experience with websites, newspapers, magazines, trade publications and more. Kevin has covered news, sports, entertainment, technology and a wide variety of other subjects.