Who's Who: Why Fundamentalists Draw Boundaries

This is partly an empirical evaluation based on an examination of the two movements as they actually exist at this point in time. But only partly. I am deliberately opting for an a priori definition that excludes some self-identified fundamentalists. The reason for this decision is simple: words refer to ideas, and ideas are anterior to things. This discussion will recognize as fundamentalists only those who approximate the idea of fundamentalism. Of course, none of us perfectly implements the idea. Whenever ideas are incarnated in human institutions, movements, and persons, they display the effects of human finiteness and fallenness. No ideal fundamentalist (or conservative, or Baptist, or even Christian) has ever existed, and none ever will. We judge ourselves by the idea. In the present discussion, I shall consider only those versions of fundamentalism that are closer to the idea.

At the heart of fundamentalism is the notion that the gospel functions as the boundary between Christianity and non-Christianity. Those who profess the true gospel ought to be recognized as Christians unless their lives contradict their profession. Those who deny the gospel must be treated as non-Christians, whatever they may claim to be.

According to 1 Corinthians 15, the gospel revolves around the historical events of Jesus' death and resurrection, both attested by proper evidence (the burial and the witnesses), and both explained in their true significance (Christ's death was "for our sins," and His resurrection made Him the "firstfruits of them that sleep"). The choice of 1 Corinthians 15 as a defining passage is not arbitrary. It is the one passage in the New Testament that clearly aims to articulate a definition of the gospel.

To state that the gospel simply is Jesus' death and resurrection, however, is too facile. Jesus' death for our sins and His resurrection as our firstfruits entails a long list of assumptions and corollaries involving the nature and consequences of human sinfulness, the qualifications of Christ to be our sin-bearer, the nature of the work that He did to remove our guilt, and the application of that work to the individual soul. These assumptions and corollaries comprise what we call essential or fundamental doctrines. To deny any of these fundamentals is (at least implicitly) to deny the gospel itself.

Those who deny the gospel cannot be recognized as Christians. Naturally this is true of a Muslim, a Hindu, or an out-and-out infidel. But it is also true of those who name the name of Christ and claim to be Christians while denying fundamental doctrines.

Through the years, any number of theological systems have denied the gospel while claiming to be Christian. They have gone by names like Gnosticism, Arianism, Socinianism, Mormonism, Modernism, and Romanism. No person can simultaneously profess allegiance to one of these systems and to the gospel. Therefore, no person who professes to believe these systems can rightly be recognized as a Christian. 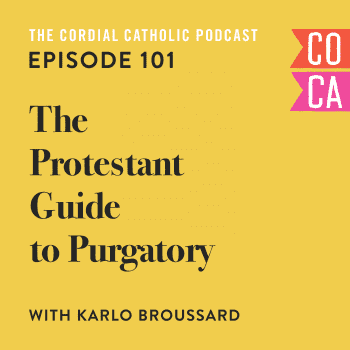 Christian Apologist Sye Ten Bruggencate Took Advantage of a "Vulnerable Woman"
Hemant Mehta
Get Patheos Newsletters
Get the latest from Patheos by signing up for our newsletters. Try our 3 most popular, or select from our huge collection of unique and thought-provoking newsletters.
From time to time you will also receive Special Offers from our partners that help us make this content free for you. You can opt out of these offers at any time.
see our full list of newsletters
Editor's picks See all columnists