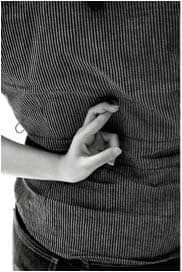 The parshot (weekly Torah portion) for the week ending July 10 is Matot and Masei. Matot means "tribes" in Hebrew (it can also mean staff, as in walking stick) and is the fifth word (and first distinctive word) in the portion. While Masei means "journeys" in Hebrew and is the second word (and first distinctive word) in that portion. Be sure to check out the videos at the end of this article!

In Matot, G-d takes us to the verge of war with the Midianites and then stops to have a chat about vows. Moshe tells us that G-d takes vows very seriously and expects us to fulfill anything we promise. Period. End of story. There is a bit of chatter about women -- if a woman makes a vow and her father or husband doesn't object to it, the vow stands. While women are let off the hook with a lot of laws, this is not one of them.

This is a big deal. How many times have we said, "I promise I will get you that" or "G-d, if you let me get out of this one, I promise I will . . ."? Well, G-d takes that kind of thing seriously. What if you forget to fulfill your vow or choose not to because in the moment of trouble that vow seems awfully more important than it does later? Thankfully G-d knows that as people we are flawed and we may not fulfill every vow, therefore G-d gives us the chance to annul them. Now, this doesn't diminish the importance or seriousness of taking a vow then fulfilling it, but if the year comes to an end and you were unable to carry it out, you can annul it at Yom Kippur.

Now we get to the attack of the Midianites. G-d instructs Moses in this but then informs him that Moses will die after the battle. The Israelites attacked and killed many Midian men, including five kings, and a prophet, Balaam. When they spared the women and children, however, Moses was angry. Were not these the women who had seduced the Israelite men into betraying their G-d? Therefore Moses called for these women to be killed. Not the prettiest part of our shared history, but a part of our collective story.

Moses instructs his men on cleansing after battle, especially those who came in contact with corpses, based on Jewish law. Then they divided up the captured property among the Israelites. This was sheep and cattle, land and gold. There was some shifting of tribal lands at this point, clearly with an eye toward who has what that works better on which land. The Reubenites and Gadites had much of the cattle but the lands of Jazer and Gilead better suited the cattle. They ended up on the east side of the Jordan River.

Parsha Masei begins with a recounting of the many journeys the Israelites took from the land of Egypt. It is as though Moses is tying up his loose ends before he dies. He speaks of Aaron's death on Mount Hor at the age of 123 and then finally ending in Moab. Then G-d spoke to Moses and said, "'Speak to the children of Israel, and say to them: When you pass over the Jordan and into the land of Canaan, then you shall drive out all the inhabitants of the land from before you, and destroy all their figured stones, and destroy all their molten images, and demolish all their high places. And you shall drive out the inhabitants of the land, and dwell therein; for unto you have I given the land to possess it" (Numbers 30:50-53). But G-d has a warning for them. "But if you do not drive out the inhabitants of the land from before you, then those that you let remain will be as thorns in your eyes, and as pricks in your sides, and they shall harass you in the land wherein you dwell" (Numbers 30:55).

Next G-d gives Moshe the dimensions of Israel. It was to include the Dead Sea, the Wadi of Egypt, the Mediterranean Sea, Mount Hor, the eastern side of the Sea of Galilee, and the Jordan River. The portion goes on to talk about where the Levites should live and the cities of refuge that were to be created. A city of refuge was a place for a person who has killed someone unintentionally, to come and ensure that an avenger does not kill them until they are allowed a trial.