The Blessings Keep Rolling In 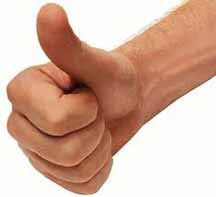 And remember, I have five other kids, too.

My husband is back at work after eight months of unemployment, and I miss him. It's not just that suddenly everything that needs to be done, said, investigated, cleaned up, controlled, and decided by an adult has to be done by me, me, all me. I just miss having him around. And I'm back to being surrounded by kids in a way that I wasn't surrounded when there were two parents to share the load. The days are so long!

So, despite my relief that he's working again, I was feeling pretty mopey and despondent. The kids were eating their stupid supper (in the fridge, waiting for husband, was ziti with chicken sautéed in olive oil with fresh garlic and basil; the kids were eating naked noodles and poached chicken chunks; that is a stupid supper) and I just wanted to sit down and feel sorry for myself, because I cut my toe on one of the plates the baby smashed while I was sautéing.

While I was fending off the needy ones, I clicked through a computer link and read: I Refuse to Freeze My Eggs!

The author is single and childless at 35 -- the age when, as she says, "all the petals fall off [your] vagina and dozens of cats suddenly park themselves in a circle around [your] cobwebby old hope chest." She's enduring a gynecological exam, and her doctor starts harassing her to start freezing her eggs, just in case.

It's super easy, she said. All you have to do is inject yourself with hormones a couple of times a day for about fourteen days, then you go to the doctor, and they scrape your eggs out of your body! Hopefully a few will be ripe enough to make a baby. They put those in the freezer. The rest are thrown into the river. I think that's what she said. Something like that.

My doctor, who I adore, asked if I wanted to take home some "literature" about the procedure. (I never understand why these medical pamphlets are called literature, as if Faulkner was up all night feverishly writing about NuvaRing.) And in that moment, I made a decision. A decision about how I'm going to handle the fact that I'm thirty five (today!) and I don't have kids and a kid-making partner isn't currently on the scene. I decided I didn't want the literature. And I don't ever want the literature about anything related to the world of Fertility. It's my big thirty-fifth birthday present to myself.

I'm sharing this story with you for two reasons: first, because it's refreshing to hear a (presumably) secular woman say what she says:

[W]hen I think about my uterus (which is rare) I don't have any desire to bully it into doing something it may not naturally feel like doing. In vitro fertilization, artificial insemination, egg transplants, surrogacy, fallopian Xeroxing -- I have no interest.

The second reason is to share with you my delight at an unexpected benefit of having all these little kids around. I mean, I'm used to all the regular blessings: always surrounded by love, the peace and serenity of being open to God's precious gift of life, the constant howling, and so on.

But it never occurred to me that there's something else: even though I, too am 35 years old, no doctor ever, ever tries to push me into freezing my eggs. I think I have my twenty-seven children to thank for that.

Also, around about the time you have your fifth baby, the doctor stops trying to sneak a plain cardboard box of condoms into your hospital bag. They've given up. They think you're an idiot; you know you're an idiot. Everyone's happy, and no one tries to talk you into anything when you already have your feet up in stirrups and can't fight back.

See what I mean? Children are a blessing, and the blessings keep rolling in.

Simcha Fisher is a freelance writer and mother of eight who frequently writes for Inside Catholic and other Catholic publications. This piece originally appeared in her blog, I Have to Sit Down.