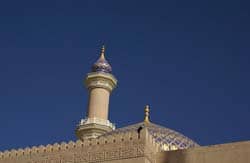 In the past few weeks, a conversation has popped up in the blogosphere, presenting us with a unique conversation. It began with the ramblings and non-sense of former Republican speaker Newt Gingrich as it relates to the proposed Cordoba House mosque near Ground Zero, New York. Mr. Gingrich is not alone in his ramblings -- the Koran-burning pastor of Florida comes to mind -- but they alone indicate the gross disregard for American values that are required for a movement of thought as seen in Mr. Gingrich.

The statements of Newt Gingrich are especially offensive. While he of course has responsibilities to the conservative political spectrum, his failure as a politician is that he allowed those allegiances to overshadow his allegiances to the United States Constitution. In theological terms, Newt chose ideology over truth telling, justice, and mercy.

As most know by now, the controversy centers on Park51, sometimes called Cordoba House -- the proposed New York City site for a mosque, just blocks from Ground Zero. Many voices have entered the fray, several of which are convinced that a 13-story community center dedicated to interfaith engagement somehow is disrespectful to the victims of Ground Zero or represents an covert operation to convert America to Islam.

The most absurd protest has been that since the 9/11 terrorists were Muslim then it would be offensive to have a mosque so close to Ground Zero. This would be akin to saying that Germany should have no churches, as people who called themselves Christians perpetrated the holocaust.

But Gingrich takes his protest even further. For the rest of this section on Newt and his words I will draw out quotes from his actual statement -- available on his website -- and provide commentary.

There should be no mosque near Ground Zero in New York so long as there are no churches or synagogues in Saudi Arabia.

Newt performs here what I call the ‘Dawkins Fallacy'. Like Richard Dawkins, Newt has set up an argument where the minority represents the majority, thus making the test case of one group of people represent the entire faith. In this way the most extreme becomes not the example of the worst of what you are protesting but the whole of what you are protesting. While Newt does raise an important question about religious freedom in Saudi Arabia, he does so in a way that misses larger context. By linking it to Cordoba House he makes it basically a form of parental punishment: if Suzy can't play with her new toy, then neither can Billy.

By doing this, Newt paints the Islamic world as intolerant while positioning his own intolerance as being protective and freedom loving. In order to maintain this position Newt must ignore the historic Jewish communities in the Islamic world in places like Iran and Egypt. Additionally he must overlook the historic Arab Christian communities in Palestine, Iraq, Egypt, and throughout the Arabic world.

A final point I would ask is how Mr. Gingrich plans on arguing for a moral position of religious freedom if he is advocating for intolerance? It is now impossible for him as a politician to turn toward Saudi Arabia and say that democracy in even religious affiliation is something as Americans we pride ourselves on. There is no ‘light on the hill' in this scenario -- no forming ourselves as an alternative community to systems of oppression and injustice -- if we have removed that role of alternative community from how we operate and view ourselves. We cannot protect our freedoms and values by violating the rights and freedoms of another group.

For example, most of them don't understand that "Cordoba House" is a deliberately insulting term. It refers to Cordoba, Spain -- the capital of Muslim conquerors who symbolized their victory over the Christian Spaniards by transforming a church there into the world's third-largest mosque complex.

Gingrich chooses to see Cordoba, the name chosen for Park51, possible future home of an Islamic cultural center, as a symbol of Islamic conquest of Christians. He misses another opportunity for interpretation -- of a time when a nation under Islamic rule emphasized interfaith collaboration and rights and freedoms for people of all faiths. In light of this we can see the reason the founders of Cordoba House/Park51 chose this name for a community center that will be for all, an Islamic institution with gifts and resources and inclusion for a wider community.