Is There One Evangelicalism? 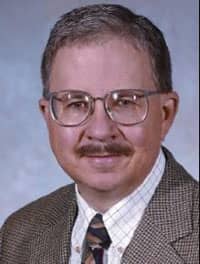 Recently I heard that author Anne Rice is "quitting Christianity." According to reports I have heard and read, she believes the term "Christian" is too fraught with connotations of extreme right-wing politics. She prefers simply to be called a "Jesus-follower."

I don't have that problem with the label "Christian." I don't give up on good labels easily; I prefer to try to invest them with positive meaning rather than simply discard them because of misconceptions in the popular mind.

Many of my friends, students, and acquaintances have already given up on "evangelical." I can somewhat better understand that. What they have trouble understanding is why I don't give up on it with them. They say it is simply too late to rescue the label from the popular associations with the Religious Right.

I can't do it. I've been an evangelical all my life and I can't think of any better label to describe my particular "brand" of Christianity. I do grieve, however, over the many misconceptions of it spread by the media. Occasionally I see a "spokesman" for evangelicals on a talk show like Larry King. Often the person does not speak for me at all.

Just to illustrate the problem: Some years ago I was listening to a broadcast on National Public Radio about two demonstrations taking place simultaneously in Washington, D.C. One was led by Jerry Falwell and the other by Jim Wallis of Sojourners. The reporter asked Falwell for a comment about Jim Wallis. Here's what I recall Falwell saying (and I'm confident I remember it well because I felt he would say the same about me!): "Jim Wallis is to evangelicalism what Hitler was to Roman Catholicism."

When I was growing up in the thick of the evangelical movement and even when I was in seminary in the 1970s, Jerry Falwell was widely considered by most evangelicals a fundamentalist. At that time there was a huge rift between us, who the fundamentalists called "neo-evangelicals," and them. Mainstream evangelicals did not consider Falwell or his like part of "us" even though theologically (in terms of basic beliefs) we shared much common ground.

The issues, so I was taught in a mainstream evangelical seminary (point of trivia: James Montgomery Boice was one of my professors), were extreme biblical literalism (e.g., young earth creationism), extreme preoccupation with the "rapture" (to the point of believing those who did not agree were not evangelicals and possibly not even Christians!), and "biblical separation" (opposing even Billy Graham because he allowed Catholics and mainline Protestants to cooperate with his crusades). Associated with all that was a split between fundamentalists and mainstream evangelicals (whom they called neo-evangelicals) over the status of doctrines. We thought they elevated secondary matters of belief such as premillennialism to the status of dogmas and they thought we were weak on doctrine because we didn't insist that one be a premillennialist to be authentically evangelical.

The general attitude of most post-fundamentalist evangelicals throughout the 1950s, 1960s, 1970s, and much of the 1980s was "In essentials unity, in non-essentials liberty, in all things charity" (a motto touted by the National Association of Evangelicals).

Then something changed. I experienced it first hand. While I was in seminary Harold Lindsell's horrible book The Battle for the Bible fell like a bombshell on American evangelicalism. The editor of Christianity Today declared quite unequivocally that a person could not be authentically evangelical while rejecting biblical inerrancy (as he defined it). He named names and implied that evangelical institutions should purge themselves of non-inerrantists.

My seminary never had a doctrinal statement that included inerrancy. Neither did or does the National Association of Evangelicals. We were satisfied with "inspiration" and "authority." But Lindsell scared the grassroots of evangelicals and opened the door to an influx of fundamentalists who now wanted to be called "evangelical." (Sometime during the 1980s Jerry Falwell, among other self-proclaimed fundamentalists, began to call himself an evangelical and somehow managed to get the media to regard him as a leading spokesman for evangelicals.)

Gradually a heresy-hunting mentality grew within evangelical ranks. My seminary, under pressure from pastors, required all faculty members to sign an inerrancy statement or leave. I saw professors who had openly criticized belief in biblical inerrancy meekly sign the statement. One courageous one did not and left.

Over the years since 1976 (the year The Battle for the Bible was published) I have seen my evangelical world rocked by controversy after controversy -- often over relatively minor points of doctrine. Of course, the issue became "What is a relatively minor point of doctrine?" Gradually what would have been considered minor differences of opinion have become issues of division. Professors at evangelical schools have been fired for having opinions that would have caused raised eyebrows but not expulsion before 1976.