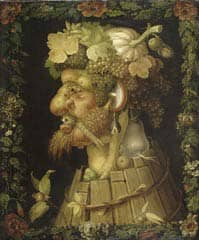 One of the four fire festivals of Celtic tradition, August 1st, heralds the point when the days begin to noticeably wane, though the heat still remains. Blueberries and blackberries are ripe for the picking and the first apples are beginning to ripen. Grains and the first plantings of corn are ready for harvesting.

Legend has it John Barleycorn must die at Lughnasadh, for unless he does we will have no bread, beer, or whiskey. In fact, one of the many names for Lughnasadh is Lammas, which means Loaf Mass. Sacrifice is ever present at harvest festivals. That which we have planted, cultivated, and nurtured into maturity is cut down. We danced at Beltane for the fertility of the fields, and at Lughnasadh we begin the process of making them barren, to lie fallow until winter.

I am lucky enough to live in an area where I can see the corn spring up and be cut down. The natural cycle is very present in my surroundings. For those in urban areas, sometimes the only telltale sign is that their commute begins to darken as we move into fall. Regardless of where you live, you cannot miss the burgeoning anticipation in the air.

In spring you can almost feel the sap rise, its eager reaching toward the sun. At harvest time the same eagerness is present, but is focused downward, toward the earth. The very leaves seem to change, rustling with anticipation as they prepare to return to the earth. We are gathering in, readying ourselves for the introspection of winter.

Here in Georgia, the blazing heat is just settling in and will stay around another month or so, so the only hint of autumn coming is the harvest. Farmer's markets are bustling with fresh local produce, and though it's still really hot the cricket-song pulses through nights abuzz with possibility.

Lughnasadh is the most summery of the harvest festivals. Melons, berries, cucumbers, and tomatoes are ripe. It's a time to make salads and homemade ice cream. Despite the waning season the active solar energy still buzzes in the air. It could be said that Lughnasadh is the joyful sacrifice, Mabon the thankful sacrifice, and Samhain the solemn sacrifice. Each stage of harvest has its own tone, its own energy.

In Irish mythology, Lugh, one of the Tuathe de Danaan, began the Lughnasadh festival to honor his mother, Tailtiu. She had cleared a great forest so the land could be cultivated, and it sapped her life. She requested funeral games be held in her honor, and as long as she was honored, Ireland would not be without song. It's interesting to consider that there is a tradition of sacrificial Goddesses as well as sacrificial Gods. In Cherokee myth, the Corn-Mother, Selu, is killed by two young boys for witchcraft, and yet comes back to tell them to plant her body in the fields so the corn may grow.

This is a time for both harvest and joyful sacrifice in our lives. The abundance of the fields brings us together. Anyone who has tried to get rid of extra zucchini can attest to this. An abundance of food is something that invites people to gather and feast and celebrate their good fortune. While today food scarcity is not something we generally have to worry about, it was very important to our ancestors.

Imagine not having eggs all winter. Imagine only having milk as long as the cows or goats keep having babies. What would it be like to have fresh tomatoes only in the summer? Only have fresh collard greens in the fall? Imagine making cheese that isn't ready to eat for months, or needing to make enough ale to last not only through next harvest, but until the ale from that harvest is ready to drink. Imagine having to make sure you have enough grain to make into flour, and to save for seed for next year's crop.

We never think of food like this today. A couple of years ago I had a hankering for a nice pear cranberry crisp. No matter where I looked, I couldn't find cranberries anywhere. I was told they were out of season. I was in shock. In today's global food market something was completely unavailable to me.

Isn't it fascinating that with this food to pack away for winter and with the uncertainty of having enough food to last, our ancestors still gathered together in the fall to share food with their families and neighbors? That they still offered the first fruits to the Gods? This is the very nature of joyful sacrifice, made out of gratitude and contentment with the rhythm of life.