Last week at a Mormon conference, several people approached me for publishing advice. Would there be a market for a Mormon book about X? What would be the right publisher for a book about Y? And -- perish the thought -- are books going to disappear altogether?

The publishing industry is in a time of upheaval, even crisis. Venturing foolproof prognostication on its success or development requires a crystal ball I do not have. Everything I say here could change dramatically if - when -- technology accelerates and we experience yet another paradigm shift. But for what it's worth, here are four trends I see in Mormon publishing today, based on more than a decade in the religious publishing industry. In the decade ahead, I believe that:

Self-publishing will continue to explode. When I started in the publishing industry, we had to wrap our heads around the idea that over 100,000 books were published each year. More than ten years later, the figure is ten times that; 2010 will see more than a million new books in print. (!) That growth is due to the explosion of self-publishing as a viable option for authors. It's cheaper than it used to be, it's available to anyone who knows how to use a simple word processing program, and the production quality has improved immensely, especially in regard to book covers. In the next decade, increasing numbers of authors will choose to self-publish, either as a way to prove themselves before being accepted by a traditional publisher or as an end in itself.

Mormon publishing will continue to decentralize. This may seem like an odd claim given the fact that in the last ten years Deseret Book has gobbled up its strongest competitors, Bookcraft and Covenant, and become the largest LDS publisher by far. Deseret has also consolidated its hold on the LDS retail market by acquiring long-standing independent LDS bookstores and franchising them as Deseret stores, a brand Mormon consumers trust. So in some ways Deseret has a stranglehold on both the acquisition and distribution of books for the Mormon market.

Yet we are also seeing a powerful counter-trend in the creation of niche Mormon publishers like Zarahemla Books, Greg Kofford Books, and Salt Press. Given the decline of the traditional way of doing things (bookstores, unfortunately, are in enormous trouble), these mom-and-pop Mormon publishers are, along with self-publishers, the wave of the future. As with the rest of the publishing industry, what will matter over time is how these publishers find their particular niche within the Mormon market. Over the next ten years Deseret will solidify its presence as the non-fiction publishing outlet for officials of the Church, including General Authorities and auxiliary presidents. A case in point is Deseret's huge fall release: an official biography of current church president Thomas S. Monson, due out on September 27. We will see more of that kind of "imprimatur" project from Deseret Book, and less of other kinds of non-fiction. Fiction will continue to be popular, but it will become increasingly difficult for new novelists to break into the Mormon market through Deseret, which has such high sales requirements.

What we'll see in the next decade is a proliferation of small Mormon publishers to fill the gap for everyone else, the non-GAs who don't have an automatic platform with which to sell 20,000 or more copies. In the past, it's been difficult, and sometimes impossible, for publishers other than Deseret to get their books carried by Deseret retail stores, since Deseret naturally wants to offer its own products to sell in a non-competitive retail environment. That distribution obstacle will become increasingly obsolete, however, as more bookstores close down entirely -- a trend from which Deseret is not immune. Print runs at these mom-and-pop houses will be small, but improved POD technology will enable them to return to press often at low cost to meet demand.

More non-Mormon publishers will be courting Mormon books. To me, this is the most exciting trend of all. On the academic side, we've seen real growth in the acceptance of Mormon Studies as a legitimate field, with presses like Oxford, the University of North Carolina, Palgrave, and Indiana all bringing out new titles on Mormonism. It used to be that this was done mostly by the University of Utah and the University of Illinois. On the popular front, general trade publishers have gotten into the act with titles like The New York Regional Mormon Singles Halloween Dance by Elna Baker (Dutton). One trend we'll see is that publishers are more aware of the diversity that exists within the Mormon experience, as individual Mormons step up to tell their stories and the landscape is populated by books that don't neatly fit into the old categories of "pro-Mormon propaganda" or "anti-Mormon diatribe."

Conservatives and Corona: Why is the Pandemic Polarized?
Edwin Woodruff Tait
2

Podcast Ep. 384: The Shocking Lawsuit Against Liberty U.
Hemant Mehta
3 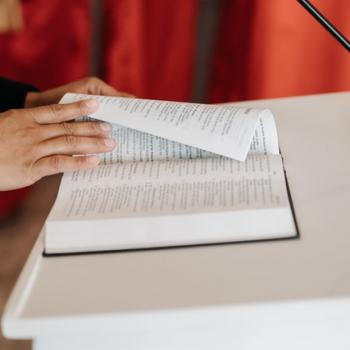 What Does the Bible Say about Women Teaching and Prophesying?
Kelley Mathews
4 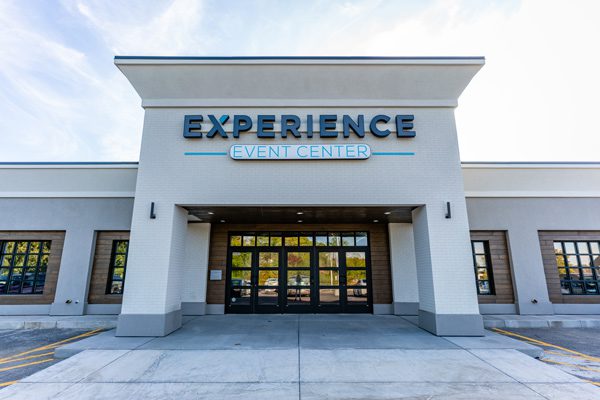 "The First Vision Within the Context of Revivalism"
Dan Peterson
Get Patheos Newsletters
Get the latest from Patheos by signing up for our newsletters. Try our 3 most popular, or select from our huge collection of unique and thought-provoking newsletters.
From time to time you will also receive Special Offers from our partners that help us make this content free for you. You can opt out of these offers at any time.
see our full list of newsletters