The Revolution May Not be Televised... but 'Redemption' Just Might

Unlike sermons of old, which circulated primarily on radio and television networks serving American audiences, the advancement of cable and satellite broadcasting has created a global culture in which contemporary televangelists' messages make their way instantly to locales beyond U.S. borders. As I sat and spoke with Valencia in Kingston, Jamaica, where I conducted months of ethnographic research, the impact of global religious broadcasting became immediately apparent (names of individuals and churches changed for privacy). My time there reveals much about the future of religious broadcasting and its ongoing global import.

When I met Valencia she had recently been elected the new president of the women's ministry at Calvary Pentecostal Church. Every second Friday, the women here gather for service, a mixture of Pentecostal praise and worship along with a word of encouragement from a guest minister. After the message, they share testimonies of deliverance and make petitions for healing and offerings of thanksgiving. Taken by the openness of the women to discuss some of their trials, I asked Valencia if we could talk about how the ministry developed. She obliged, explaining that she was compelled to help women because of the enormous amount of pain experienced in her own life. Valencia's short, stout frame, adorned in stylish summer colors and accented by a remarkably upbeat personality, belied the narrative that she would tell. Raped at gunpoint for the third time, her story bears all the weight of unimaginable pain and trauma.

The encouragement she received from American televangelists T. D. Jakes and Juanita Bynum was, she insists, central to her healing. Sequestered by a culture of silence, she had never heard anyone speak publicly about rape before the Oprah Winfrey Show, and then a television sermon by T. D. Jakes. Since then she has been an avid follower of his ministry. Jakes' Woman Thou Art Loosed series and Juanita Bynum's "No More Sheets" testimony of shame and redemption offered Valencia a lens through which she could "see herself" and recapture her own sense of dignity and worth.

These narratives reflect changes in the landscape of who is on religious broadcasting as well as the audiences they serve. As ethicist Jonathan Walton reminds us in Watch This! : The Ethics and Esthetics of Black Televangelism, contemporary televangelists are no longer simply white, grey-haired men belting out narratives of hellfire and brimstone. Nor are they solely the charismatic figures of the Word of Faith movement, like Oral Roberts, Kenneth Hagin, and Kenneth Copeland. Today, male and female African American televangelists, along with Latino, Asian, and African evangelists represent a growing presence on globally distributed religious broadcasting. While the broadcasters are changing, so too are network ownership patterns. Mercy and Truth Ministries in Jamaica and View Africa Network in South Africa represent the decentering of predominantly American-based religious broadcasting and decision-making powers. Added to that, the evolution of the internet has worked to democratize the processes of production, distribution, and reception. The increasing presence of women and minority evangelists is in many ways a continuum of religious broadcasting's conservative religious history, while at the same time it signals a glimpse into a slightly different future.

Contemporary televangelism is largely a story about the rise of evangelical and charismatic religious broadcasting. Its history begins with the official launch of religious television on Easter Sunday, 1940, in New York City. While evangelical Protestantism experienced unprecedented growth during the Great Awakenings of the 18th and 19th centuries, the Scopes trial of the 1920s, the expansion of American modernism, along with the influx of Catholic immigrants, forced evangelicalism to the fringes of American culture.During this time, the Federal Council of Churches dominated religious airwaves under the sustaining-time programming format, in which local stations met the cost of producing and broadcasting the program. Its alternative, paid-time programming, required that "the broadcaster himself meet all the costs of producing and broadcasting the program, mainly by raising money from viewers" (see Peter Horsfield's Religious Television: The American Experience, p. 40).

Feeling shut out of broadcasting efforts, a group of evangelicals organized the National Association of Evangelicals (NAE) in 1942 and the National Religious Broadcasters Association (NRB) in 1944. Distinguishing itself from what it considered the liberal teachings of mainline Protestantism, the NRB was charged with investigating the possibilities for evangelical broadcasting. Along with the NAE, it encouraged evangelicals to purchase airtime in furtherance of the gospel and as a means of asserting its version of biblical truth on the airwaves. In 1960, the FCC decided to end the distinction between sustaining‑time and paid‑time religious broadcasting, arguing that "there is no public interest basis" for such a distinction. Stations could both meet the public interest and earn a profit. "By 1977, 92 percent of all programming was paid-time" (Dennis N. Voskuil, "The Power of the Air," in American Evangelicals and the Mass Media, p. 90).

Who is Antiracism for?
George Yancey
3

‘Our secular democracy will prevail’
Freedom From Religion Foundation
4 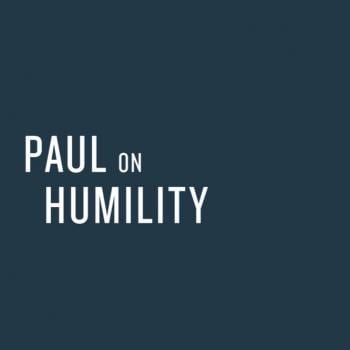