A Statement from Jim Wallis on Funding 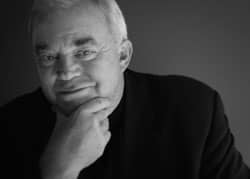 Recently I interviewed Jim Wallis of Sojourners, for our series on the Future of Evangelicalism. Marvin Olasky had written at World Magazine that Jim Wallis 1) should confess that he is a man of the Left, 2) received funding from George Soros, and 3) rented the Sojourners mailing list to the Obama campaign. Since one of the issues raised by the series was whether, when, or how evangelicals should form alliances with political parties, I thought it made sense to ask Reverend Wallis for his response to these contentions.

To the first contention, Wallis replied that he is not a man of the Left (roughly) because he disagrees with Leftist orthodoxy on certain key issues, such as abortion, and he does not believe in governments to solve our problems but in movements that reform governments and hold them accountable. The second issue was raised thus:

It's not hyperbole or overstatement to say that Glenn Beck lies for a living. I'm sad to see Marvin Olasky doing the same thing. No, we don't receive money from Soros. Given the financial crisis of nonprofits, maybe Marvin should call Soros and ask him to send us money.

So, no, we don't receive money from George Soros. Our books are totally open, always have been. Our money comes from Christians who support us and who read Sojourners. That's where it comes from. In fact, we've had funding blocked, this year and last, by liberal foundations who didn't like our stance on abortion. Other liberal groups were happy to point out to them that our stance wasn't kosher on abortion, so our funding was blocked.

So tell Marvin he should check his facts, and not imitate Glenn Beck.

In my own opinion pieces (such as this one), I have expressed disagreements with Wallis. As the interviewer, however, I have sought to maintain neutrality and just present the facts on the issue between Wallis and Olasky. I was aware of evidence that seemed to support Olasky's contention, but ultimately the task of investigating the matter was up to others. Thus Jay Richards recently posted at National Review Online with reference to the same data in support of Olasky's claim.

This morning I received a kind message from Tim King, communications manager for Sojourners, confirming that Sojourners has indeed received funding from Soros' Open Society Institute. "This is public," King wrote, "and not something we're trying to cover up." The message included a general statement from Jim Wallis:

Recently, I participated in an interview about the future of Evangelicalism. The interviewer asked about a blog post in which an author made accusations about Sojourners' funding. I should have declined to comment until I was able to review the blog post in question and consulted with our staff on the details of our funding over the past several years.

Instead, I answered in the spirit of the accusation and did not recall the details of our funding over the decade in question. The spirit of the accusation was that Sojourners is beholden to funders on the political left, which is false. The allegation concerned three grants received over 10 years from the Open Society Institute that made up the tiniest fraction of Sojourners' funding during that decade -- so small that I hadn't remembered them. Sojourners doesn't belong to the political left or right. Sojourners receives funding from individuals and organizations across a broad spectrum who are committed to our mission of "biblical social justice."