The Legacy of an Activist Career An Interview with Jim Wallis

Raised in a traditional evangelical family, Jim Wallis became active in the civil rights movement in Detroit and then, after he finished his graduate training at Trinity Evangelical Divinity School, founded a magazine entitled The Post-American with a circle of like-minded seminarians. That magazine and that community formed the seed for Sojourners magazine and the community of "social justice Christians" around it. Wallis is the founder and editor-in-chief of Sojourners and the convener of Call to Renewal, an interfaith effort to combat the systemic causes of poverty.

Over the years, Wallis' influence has steadily grown, as he has delivered lectures and sermons in various locations around the country and around the world, and has published a series of books such as Call to Conversion (1981), The Soul of Politics (1995), The Great Awakening: Reviving Faith and Politics in a Post-Religious Right America (2008), and Rediscovering Values: On Wall Street, Main Street, and Your Street (2010). His book, God's Politics (2006), was a New York Times bestseller. Wallis is considered a standard bearer for progressive Christians, and he has exercised a significant influence in encouraging Democrats to claim the religious and biblical justifications for their policies.

Before looking forward to the future of evangelical engagement in the political realm, I want to look back at the trajectory of your career, and how it reflects the fact that there has already been significant change in the way Christians approach politics. When you left Trinity Evangelical Divinity School and founded The Post-American in 1971, the discourse on faith and politics was quite different from today. What did you set out to accomplish?

The evangelical world in which I was raised was almost completely disengaged from the world. There was no concern, really, for any social or moral issues. Not the war in Vietnam, economic poverty, or even abortion. It was about Christian piety, about "me and the Lord." When I was 14 years old, an Elder in my church said, "You have to understand, Jim, that Christianity has nothing to do with racism. That's political. Our faith is personal."

So the first thing we tried to do was say no, "God so loved the world." It's not just me and the Lord. The story is bigger than that. It's about God wanting to change the whole world, and us with it. Thus the language I often use is that God is personal but never private. We have a personal faith in a God who cares about public life. The Chicago Declaration of Evangelical Social Concern was a good expression of that. This is not just about our private lives, but about our relation to the world. That has now fundamentally changed. New generations of evangelicals really wouldn't think to make their faith just private now. It's about the world and what God wants for the world.

The next stage was when the Religious Right went public -- it did so on only a narrow set of issues: abortion, homosexuality, and pornography. It became very political, but only on these issues. There was still no concern for the issues the Bible talks most about, like poverty, war and peace, and suffering. We wanted to press for Christians to concern themselves with those things.

Both of those stages -- the first when faith was a private matter, and the second when the Religious Right went public -- were political. It was always political, meaning they always voted Republican. The Elder who talked to me was completely in favor of white racism. He was living it every day. They were conformed to their culture, to things like racism, materialism, militarism, whatever the culture thought. It had nothing to do with faith. But we were good Detroit white racists. What changed, then, was that they became political on abortion and gay marriage, homosexuality and pornography. 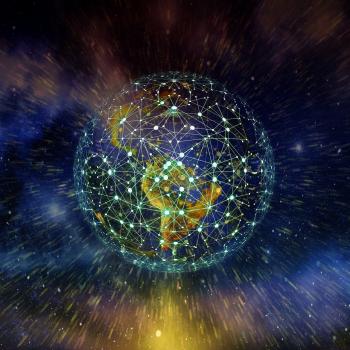 Green Earth Witchcraft: Who Is The Earth Deity?
Gwyn
Get Patheos Newsletters
Get the latest from Patheos by signing up for our newsletters. Try our 3 most popular, or select from our huge collection of unique and thought-provoking newsletters.
From time to time you will also receive Special Offers from our partners that help us make this content free for you. You can opt out of these offers at any time.
see our full list of newsletters
Editor's picks See all columnists