Have We Squandered Our Cultural Inheritance? 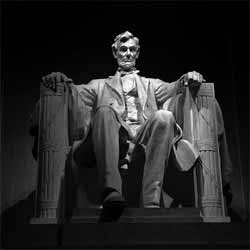 Believe it or not, Glenn Beck gets it.

Whatever else Beck has right or wrong -- and I confess I have never watched or listened to him much -- it seems to me that he is correctly interpreting the present moment. Which is no small matter. And, as indicated by the "Restoring Honor" held before the Lincoln Memorial last Saturday, he might even be correctly responding to it.

What does he get? Beck gets that there is a deeply and urgently felt conviction emerging organically across a broad swath of the American populace that the spectacular economic and political collapses of recent years were made possible -- even inevitable -- by a much longer Great Moral Decline. Americans' commitment to Judeo-Christian principles, secured for most by a belief in biblical authority, long served to fuel the engine and fortify the rails of our government and economy. Yet now, it is feared, that commitment is no longer powerful and pervasive enough to propel the American marketplace and constrain the excesses and abuses in private and public sectors. In the words of Dr. Alveda King: "Our material gains seem to be going the way of our moral losses."

This is not an exclusively religious concern. Even secular scholars have long recognized that America's Judeo-Christian heritage supplied a set of ideals and principles -- such as the Protestant work-ethic and strong commitments to honesty, integrity, and compassion -- that encouraged and reinforced the habits and qualities that tend to help democracies and free markets flourish. Yet the concern resonates deeply with anxieties long felt by religious conservatives that America has been sliding down a slippery slope to moral relativism -- and that a departure from biblical principles would not come without grave consequences.

The obvious rejoinder to this concern is that there are numerous successful economies around the world in nations that know little of Judeo-Christian principles. When the Japanese government and economy were rebuilt after the Second World War, they were structured (with some significant differences) in a broadly similar manner to the American government and economy, and yet they were informed by a thoroughly different religious culture. Japan has, on the whole, been a remarkable success story. Surely this falsifies the notion that the American government and economy have benefited from Judeo-Christian values?

Not at all. The sociological concept of a "cultural inheritance" is helpful here. A cultural inheritance is a set of values and beliefs, habits and practices handed down through generations within a single culture. Cultural inheritance partly explains, for instance, why a high percentage of Asian-American children, who inherit from their culture strong emphases on and helpful habits in education, diligence, and financial responsibility, perform well academically and build strong professional and financial foundations. Likewise, for centuries the vast majority of children born in America inherited a culture permeated with Christian stories, wisdom, and values.

This does not mean that Americans have always honored those principles rightly or that America has ever been fully permeated with the essential Christian theology. It means that Americans for generations have passed down a set of values, principles, and practices that honor integrity over greed, frugality over conspicuous consumption, industry over dependency and liberty over coercion. There may be other cultures capable of sustaining a reasonably sound democratic government and free market economy, but the American Judeo-Christian culture undergirded a government and an economy that have arguably been the most successful in all of history.

The deep concern across the United States appears to be that we have squandered our cultural inheritance. We have exchanged the extraordinary treasury of Judeo-Christian stories, values, and wisdom that sustained us for generations in favor of the cheap culture of corruption, indolence, and dissolution that has swiftly bankrupted our economy and our government.

Beck also gets that millions of Americans feel trapped upon this sinking ship with no confidence whatsoever in the present captain and crew. The Republican party stands to benefit in the 2010 elections less because they have presented a compelling alternative than because, as in 2006, the public wants to express its deep displeasure with the present regime. Specific policies and politicians certainly played their part in bringing us to this pass. Yet if the deeper problems besetting America are moral and spiritual, putting a new party at the helm may not help matters much. All are responsible for the present crisis, and yet none are capable of righting the ship. The speakers at the National Mall last Saturday spoke time and again of the need for a nationwide restoration, a return to God, a rebuilding of the moral and spiritual character of our people.