As a Mormon, how do I answer this question?

We enter the spirit world. I love the first thing that Jedediah Grant said to Heber C. Kimball when he temporarily came back from what we now call a near death experience (NDE). (Raymond Moody reported Jeddy Grant's NDE in The Light Beyond, but left out the first thing the newly revived Jeddy Grant said to Heber.) "Why . . . it was just as Brigham has told us many times!"

Looking back to Brigham Young, we find at Winter Quarters in 1846 he became very ill and had a vision in which, as he reported, he saw Joseph Smith. In comments sprinkled throughout the Journal of Discourses, Brigham Young offers other details of the afterlife, many not found in any scriptural account, but which do appear in modern NDE reports. Brigham knew first-hand what the afterlife was like. And more importantly, Brigham could talk about it in the Tabernacle because what he experienced fit with his religious beliefs.

And Alma in the Book of Mormon got his information when he was "nigh unto death." So from Alma to Joseph Smith to Jeddy Grant, to Bettie Eadie, it starts with passage, orientation, a sense of homecoming, meeting relatives, a life review, a sense of elation, and a meeting with God.

But that is not the end, just our entrance. Much more happens.

Kevin Christensen works as a technical writer in Pennsylvania. He wrote about near-death experiences here. 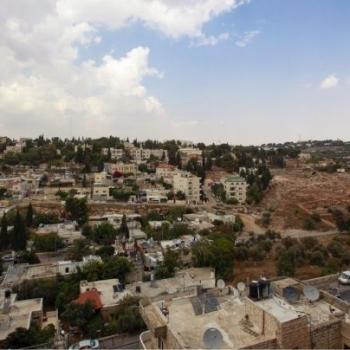 Pray for and Save Sheikh Jarrah
Bader Saab
2

Lutherans' buried horror movie resurrected after almost 50 years
Barry Duke
Get Patheos Newsletters
Get the latest from Patheos by signing up for our newsletters. Try our 3 most popular, or select from our huge collection of unique and thought-provoking newsletters.
From time to time you will also receive Special Offers from our partners that help us make this content free for you. You can opt out of these offers at any time.
see our full list of newsletters
Editor's picks See all columnists