Like the Present, Only Longer: The Future of Religion

Serious visionaries like to quote a flip-sounding line of comic Woody Allen: "I have seen the future. It is very much like the present, only longer.” Returning to being serious they could go on to note that in it is tucked a theme most historians cherish: the knowledge that inertia is a major part of history. Things that have momentum keep some momentum. Things that are inert stay inert, and are hard to start.

On those terms, one can look to certain continuities in the fate of religion, elements that have been with us and are likely to remain so. Some far-out prognosticators venture to say that unfolding scientific experiments will so alter human consciousness that the religious-favoring element will be expunged. They are countered by other brain scientists who hypothesize that the religion-favoring tendency is structured into the brain, an enduring part of human consciousness. Between them we can still work with the human we now know, and picture aspects of human destiny in the decades ahead in matters we code-name "religion," "spirituality,” and the like.

This suggests, first of all, that the religious feature of human lives globally is not dying or going to die. In fact, it is prospering. Two and three centuries after what philosophers called "The Enlightenment," the celebration of reason at the expense of what many of them called "superstition" did not kill off religion. Some scholars who draw all they can from historians, anthropologists, statisticians, demographers, and anyone else who measures suggest that we can make the case that the human story is, and will be, more "religion-filled" than ever.

In the face of this, the "secularization theory," which dominated much of the 20th-century social studies of religion, has not triumphed. "Secular" means "of the age," and in many ways one can say that moderns who are of the "age," the “secular age," live the same way whether or not God exists. Certainly, millions have done so and will continue to do so. But the attempts of societies to do away with religion often turn out to replace old religions with ideologies that, in social form, act like religions. One thinks of Stalinism, Nazism, Fascism, Maoism, and more. And classic "world religions," in any case, have outlasted them all.

None of this means that religions will uniformly prosper, or that they will not drastically change.

Religions survive by adapting. Christianity, Judaism, Islam, Hinduism, Buddhism, etc. -- "the world religions" -- may cherish most of what they were about centuries ago, but the teachings, "feel," and forms differ. One quick illustration: Christians from the 4th to the 18th century were tied to the state or empire. The American experiment has spread, and most Christians now consider some separation of "religion and regime" to be part of the faith.

Within the religions, change is drastic, beginning with their location and centers of prosperity. Islam, long most at home in the Arab world or Southeast Asia is spreading cross Africa and has strong beachheads in Western Europe and North America. The most dramatic changes in the century ahead will be in arenas of Christianity, long seen as having a monopoly in Europe and America. Christianity is on the defensive and dwindling in Europe, where the "secularization thesis" often seems to be most nearly worked out. The United States remains strong with its Christian presence, but there are also dramatic declines among most versions of it.

As for location, Christianity will continue to "go South." The northern world of Europe and America sees a decline of several thousand members per day, while Sub-Saharan African sees a gain of 15,000 to 20,000 per day. There can be revivals in Western Europe, old "Christendom," but the foreseeable assured gains will be in sub-Saharan Africa, revitalized Latin America, and in parts of Asia.

With location changes come significant stylistic changes. By far the fastest-growing sector of Christianity is Pentecostalism, which emerged only a century ago. Pentecostalism stresses experience, the experience of God or of "signs and wonders." Often described as "enthusiastic" or "ecstatic," Pentecostalism sprouts almost spontaneously, often among the poor of the world. Pentecostals care little for doctrine or dogma and tradition; they want the immediate experience. Such an approach to faith is vulnerable to mistreatment, and many prophets of the "signs and wonders" exploit their congregations by offering "health and wealth" results that cannot be delivered. At the same time, Pentecostalism also resurrects some practices that most Christians have left behind. 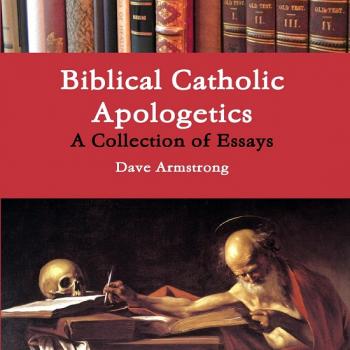 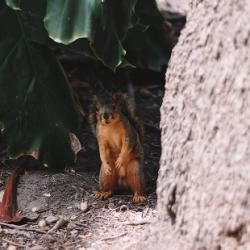 QAnon: The REAL Cabal Was the Friends They Made Along the Way
Cassidy McGillicuddy
3 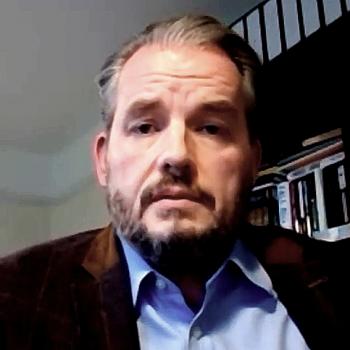 Op-ed: Government & Religion
John Radford
Get Patheos Newsletters
Get the latest from Patheos by signing up for our newsletters. Try our 3 most popular, or select from our huge collection of unique and thought-provoking newsletters.
From time to time you will also receive Special Offers from our partners that help us make this content free for you. You can opt out of these offers at any time.
see our full list of newsletters
Editor's picks See all columnists