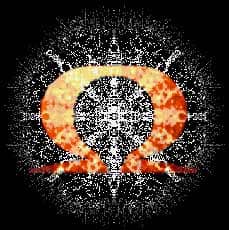 Gnosticism is a perennial impulse. I don't mean all the mythic confabulations that the bewildering variety of Gnostic sects spun during the first three centuries C.E. I mean a tendency they all had in common. Like the Devil himself, it is deadliest when unrecognized.

To expose that for what it is, however, we need to excavate the two notions that the ancient Gnostics all shared. The first was that the universe as we observe and experience it is evil. It is a prison from which only a few prisoners, able to recognize and accept enlightenment about their true situation, have any chance of escape. Second, and on most of the ancient accounts, the world was created by an errant demiurge of some sort who keeps sparks of the divine, our true selves, imprisoned in our bodies. Accordingly, the task of those who want salvation is to escape the clutches of matter altogether and rejoin that ineffable, purely spiritual Pleroma ("fullness") from which the Demiurge had the ill grace to devolve. It all sounds like an elaborate fantasy to most of us today who have heard it at all. And ultimately, that's just what it is. But it actually sprang, and in some forms continues to spring, from a perennial tendency I recognize even in myself: cosmic cynicism.

By 'cosmic cynicism' I mean the attitude that naturally springs up when we disbelieve that the "cosmos" -- that vast, more-or-less ordered whole we experience -- is the product of a Love and a Reason that are one. The cosmos or "universe," in the scientific sense of the term, doesn't care about what we tend to care about most -- such as love, goodness, and beauty. Nowadays, of course, many of those who find the universe morally or spiritually wanting tend to be atheists or agnostics. They see much apparently pointless suffering and note, bitterly, that "the innocent" suffer at least as much, if not more, than the villainous. That fortune and deserts do not seem to coincide is the hard truth motivating believer and unbeliever alike to raise "the problem of evil" as an objection to classical theism. And those who find that objection decisive conclude that, if the universe is created at all, its creator must be immoral, foolish, or both -- certainly not the all-perfect God of classical theism.

That's what the Gnostics concluded; yet, thanks to the historic monotheistic religions, most moderns don't buy the sort of metaphysics that allows for and requires an errant demiurge. So today's cosmic cynics generally conclude there is no creator in any sense at all. The universe is just a brute fact, brutal in its indifference to our most cherished, sentimental pieties. Humanity is just an evolutionary experiment, probably doomed, and certainly not worthwhile in any terms but those of Dawkins's "selfish gene." In good Gnostic form, that is now considered the "enlightened" point of view by most of the culture's clerisies.

Yet how much success would a man have if he tried to induce a woman to marry him by pointing out that their genes, together, have a real good shot at beating out many others in the struggle for survival? Not much, and we can't even imagine a woman proposing to a man in such terms. We need our sentimental pieties, if that's what they are, in order to find life worth affirming. But the Gnostic naturalists urge us not to imagine that Reality cares a whit, or is even capable of doing so. And even those of us, the majority, who aren't really naturalist in our philosophy can't help worrying that some version of naturalism might be true. After all, most scientists are naturalists, and science is the most successful form of intellectual inquiry we've ever come up with. Scientists are today's bearers of "enlightenment." So as we go on being human, indulging our sentimental pieties, many of us can't help being at least a tad cynical about it as we take our cues from the enlightened.

That kind of cosmic cynicism, which we might call "tough-minded despair," isn't just modern. In fact, it has always been with us. One finds it in such ancient philosophers as Democritus and Lucretius, and I suspect that their attitude was more widespread than the written record indicates. But the Gnostics had much larger followings than such thinkers. That's because most people have never been able to believe that the universe is just a brute fact that neither requires nor admits explanation in terms of something beyond it. There must be some sort of story behind it, even if the self-styled experts tell us otherwise. Or so most people think, as they always have. So we might see Gnosticism as cosmic cynicism combined with a metaphysics that at least purports to explain why such an ultimately futile setup as the universe came to be.

But when we look at Gnosticism that way, it becomes clear almost at once that the Gnostic impulse isn't limited to either Gnosticism properly so-called or to secular, metaphysical naturalism. The largest Eastern religions -- Hinduism and Buddhism -- don't seem to value this life all that much either. For them, the goal is to attain nirvana by escaping the universe, understood as an endlessly cycling wheel of death and rebirth -- and we do that, roughly, by accumulating good karma. "We gotta be good here so we can get outta here." That's the same impulse as the one behind Gnosticism. The Christian notion that creation is a positive good, freely created in love by a personal God, whose aim is to unite it to himself through the divinization of his rational creatures, is not really what we get in Hinduism, Buddhism, or in most other religions originating East of Iraq and west of Hawaii. The largest of them incorporate a cosmic cynicism. The Universe is something to be left behind, not elevated and transformed, when we reach whatever our goal is supposed to be. It's just maya, illusion: the Self's hiding from itself.