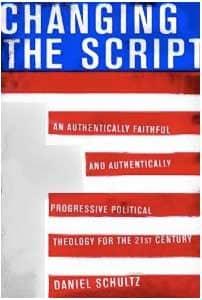 A month ago, the U.S. Press Secretary, Robert Gibbs, let loose on the "professional left" in an interview tucked inside a tiny Beltway publication. He derided liberals inside Washington for being hypercritical of the Obama Administration. His remarks were innocuous and -- coming from the highest press person in the nation -- surprisingly daft. But in the sleepy lull of August, liberal bloggers leapt at his comments. They found them emblematic of a rift between the President and those that worked tirelessly to build the movement that shuttled him into office.

It's a frustration born out of deep disappointment. Consider the fragmentary "Religious Left." It is composed of left-leaning believers who saw, with Obama, not merely a landmark election but the beginnings of a major cultural shift. It was their religious ideals and values that would finally take center stage. But they have been loudly upended, seized by Tea Party rallies and resurgent attacks on Islam. At this moment, America's leading religious export is a lunatic Floridian.

In a new book, Changing the Script: An Authentically Faithful and Authentically Progressive Political Theology for the 21st Century (Ig Publishing), Daniel Schultz attempts to give his movement a purpose and churn it forward. It's a timely book. And Schultz, a fearless, extremely well read writer, is a qualified candidate to take the inchoate idea of the Religious Left and give it some legs.

Schultz builds his book around a theory crafted by Walter Brueggemann, a prominent Old Testament scholar. Brueggemann identifies a set of social "scripts": narratives that dictate our negotiation with the world. Four of these (the therapeutic, technological, consumerist, and militaristic) control us, to our detriment. But they can be wrested away by countervailing biblical "scripts." Schlutz takes these four and matches them with a contemporary political problem. He sizes up the issue, then walks us through the path to transform it. In a revealing gesture, Schultz passes on the broadly palatable efforts religious communities have taken up, like immigration reform and climate change. Instead, he focuses on the quagmire of the financial crisis, or the "Big Shitpile," the blogosphere dubbing he uses. His first chapter dives into the abortion debate. He dwells less on Obama's tenure but does include some of the left's rage, namely the continuation of George W. Bush's counter-terrorism policies. For his treatment of the "militarist script," Schultz addresses torture.

In his definition of "political theology," Schultz borrows the smart distinction between the transactional (the minutiae of parties and elections) and transformational. It is in the latter, he argues, where progressives of faith can make the strongest, the most "religious," contributions. An apt response to torture, he writes should be aimed not at changing the behavior of political or security leaders, but at transforming the beliefs and attitudes of religious believers so as to deny the implied social permission for torture and to provide an alternative witness to the work of the state.

Our public sphere, he contends, is in dire shortage of this prophetic edge. ("Pharaoh at least had to face Moses.") This central point is reiterated throughout, but the gritty details on how to flex and employ the "prophetic imagination" are often scant.

Schultz is better known as "pastordan," a prolific blogger and co-founder of the website Street Prophets who now resides at Religion Dispatches. The snarky wit that marks his blogging surfaces only once or twice in the book. Instead, his tone is steady and serious. The book does, however, retain a blogger's sensibility of sourcing; it is saturated with other authors, in tiny footnotes and big blocks of text, culled from everywhere -- so much so that it might work best as an e-book. This technique also reflects, in part, Shultz's creed: no authority should be left unchecked, and all believers should be lent a prophetic potential. Call it a netroots theology. Although the ample citation reveals a deep, careful research, it often disrupts Schultz's voice. The book is strongest when he gives ideas flesh with his words alone.

His most potent chapter deals with abortion. He directs plenty of ire to the conservative Christian movement, that has, as the well-trodden story goes, steered the abortion debate. Yet he reserves his fiercest blows for the "mushy middle." To the religious moderates, like Jim Wallis, who push for consensus on "abortion reduction," Schultz gives no ground.