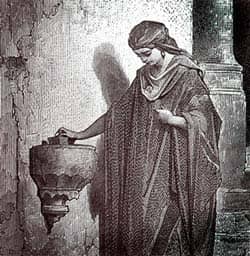 For years I've puzzled over the question of why Catholics have such trouble coming to terms with economics. This problem applies only to modern Catholics, for it was Catholics in 15th- and 16th-century Spain who systematized the discipline to begin with. That was long ago. Today, most of what is written about economics in Catholic circles is painful to read. The failing extends left and right, as likely to appear in "progressive" or "traditionalist" publications. In book publishing, the problem is so pervasive that it is difficult to review the newest batch.

It's not just that the writers, as thoughtful as they might otherwise be on all matters of faith and morals, do not know anything about economic theory. The problem is even more foundational: The widespread tendency is to deny the validity of the science itself. It is treated as some kind of pseudo-science invented to thwart the achievement of social justice or the realization of the perfectly moral Catholic utopia. They therefore dismiss the entire discipline as forgettable and maybe even evil. It's almost as if the entire subject is outside their field of intellectual vision.

I have what I think is a new theory about why this situation persists. People who live and work primarily within the Catholic milieu are dealing mainly with goods of an infinite nature. These are goods like salvation, the intercession of saints, prayers of an infinitely replicable nature, texts, images, and songs that constitute non-scarce goods, the nature of which requires no rationing, allocation, and choices regarding their distribution.

None of these goods take up physical space. One can make infinite numbers of copies of them. They can be used without displacing other instances of the good. They do not depreciate with time. Their integrity remains intact no matter how many times they are used. Thus they require no economization. For that reason, there need to be no property norms concerning their use. They need not be priced. There is no problem associated with their rational allocation. They are what economists call "free goods."

If one exists, lives, and thinks primarily in the realm of the non-scarce good, the problems associated with scarcity -- the realm that concerns economics -- will always be elusive. To be sure, it might seem strange to think of things such as grace, ideas, prayers, and images as goods, but this term merely describes something that is desired by people. There are also things we might describe as non-goods, which are things that no one wants. So it is not really a point of controversy to use this term. What really requires explanation is the description of prayers, grace, text, images, and music as non-scarce goods that require no economization.

So let us back up and consider the difference between scarce and non-scarce goods. The term scarcity does not precisely refer to the quantity of goods in existence. It refers to the relationship between how many of these goods are available relative to the demand for goods. If the number available at zero price is fewer than people who want them for any reason whatever, they can be considered scarce goods. It means that there is a limit on the number that can be distributed, given the number of people who want them.

Scarcity is the defining characteristic of the material world, the inescapable fact that gives rise to economics. So long as we live in this lacrimarum valle, there will be no paradise. There will be less of everything than would be used if all goods were superabundant. This is true regardless of how prosperous or poor a society is; insofar as material things are finite, they will need to be distributed through some rational system -- not one designed by anyone, but one that emerges in the course of exchange, production, and economization. This is the core of the economic problem that economic science seeks to address.

It is almost impossible to think of a finite good that is non-scarce. We can come up with a scenario, perhaps, like two people living in paradise surrounded by an ocean of bananas. In this case, the bananas would be a non-scarce good. They could be eaten and eaten forever, provided that the bananas do not spoil. Another proviso is that there can be no free trade between paradise and the rest of the world, else one of the inhabitants might get the bright idea to arbitrage between non-scarce bananas in paradise and scarce bananas everywhere else. In this case, the bananas would obtain a price and would therefore have to be called scarce goods, not non-scarce goods.

In the real world outside of the banana paradise, non-scarce goods are of a special nature. One feature is that they are typically replicable without limit, like digital files or the inspiration one receives from an icon that can be copied without limit.