The Evidence of Their Grounding: When Kids Wander from Faith 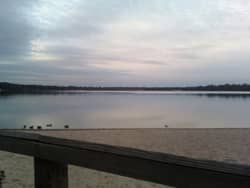 Catholic parents who have seriously attempted to ground their children in the Church are often flummoxed on that (almost) inevitable day when the kids announce: “I am now very smart and have doubts about all of that.” Having been fed upon the rich wine of faith and reason, scripture, tradition, and culture, our kids often enter adulthood with a stated preference for water. When that happens, it is not time to fret. Have faith in all you have taught them; if you know how to look for it, your kids will demonstrate for you in no uncertain terms which lessons were well-learned, and which were not.

Currently one of our sons is sticking with water; the other still prefers the wine, but slightly watered-down. Each day, in my prayers, I ask that they be given the gift and grace of fervent faith, but I am also at peace with where they are right now, because there is in their speech and attitudes visible evidence of their deep grounding.

Consider this scenario, which recently happened to yours truly: the computer has crashed. Whimpering in the office corner as you might whimper in a pew, you behold your IT-certified geek son, who is a hero in the mold of classic heroes. He is grave, but compassionate. He scolds ye of little faith; he tells you that if you only had the faith of a mustard seed, you could really do all of this, yourself. But then he takes pity.

In a way, IT-son is rather like a priest; his hard-wiring may be other-directed, but his ongoing computer homily is curiously of a piece with the gospel. He takes over your desk and keyboard and begins to talk about Linux. Substitute “Prayer” for the word “Linux” and you are suddenly in the presence of a retreat master who wryly admits that “only geeks and goofs” love Linux, but that ordinary people can easily use it if they will only try. He allows that most people are not willing (or think they are too busy) to apply themselves with diligence to Linux and shrugs that its users are analogous to monks who care deeply about every aspect of their spiritual engine, while the rest of the computer-using, (non-praying) world is populated with “I just want things to not blow up” types.

“But why wouldn’t people be more curious?” he ponders. “Why wouldn’t they want to seek and find? Why not try to understand something now, rather than waiting for death to supply all the answers? Math and Science and Philosophy make me sad, do you know why? Because I know I will never master any of it; I will have to die before I understand it all.”

Told that you are considering a new laptop, your IT guy will click and type as his homily turns to the emptiness of materialism, vanity, and aggressive evangelization. Acknowledging the usefulness of the Mac, he will disdain the price and suggest that “everyone says they love it because they wouldn’t dream of suggesting they’ve paid that much for something they don’t like . . .”

Then, because he is a fair and amiable sort, he’ll admit -- as files are recaptured, resorted, and reloaded -- that yes, most people will tell you to buy what they buy, because everyone loves their own choices, and wants to think they’ve got the best values for their needs.

While all this is going on, the second son -- much less monkish than the first -- dodges in, asks for the car, and careens back out the door to the beats of the pop music he is composing and recording. He is going to be a star, probably by next year, because everything works out as it should. He is an energetic and charismatic Martha to the older son’s restful Mary, and he bustles with optimism; things will happen “in the blink of an eye” he advises, so stay alert and keep believing. Be at peace with yourself because all fall short and perfection is unachievable; have faith. Of course his music will work out; if you ask for bread, you won’t get stones! The younger son appears and vanishes within the space of a few mouse clicks.

“He must learn patience,” the IT/Priest will say. “He rushes with foolhardiness into the world, but the world is fickle.”

Regarded in the light of all my husband and I tried to instill within our sons about faith and the church, that busy afternoon was hugely reassuring; all of our lessons were reflected back by them in their indirect homilies, although with different emphases, which is to be expected, given their natures.

The elder son is utterly fearless within the world of screens, monitors, and the universe of ideas, “out there” in the vast, unlimited ‘nets -- but he is cautious to a fault and sometimes hobbled by the instinct toward perfectionism. The younger son is equally fearless about taking on the flesh and blood world; he flings his arms wide open to the universe “out there” amid the vast throng of people he plans to make friends with and eventually rule -- but he is not always cautious enough and is sometimes brought up short by pride. For now, they are fair-minded, generous, and loving men each taking their turn on the faith journey, and they are currently covering that meandering path upon which many of us also traipsed at their ages.

The illusion that all knowledge, perfection, and limitless opportunity are before them will soon enough be tempered by the world and by their own weaknesses; then, perhaps, the familiar, narrower path toward which their spiritual sensors have been trained all their lives will beckon with its light; hopefully when it does, they will recognize it with joy, as part-and-parcel of all they were created to be -- pretty much precisely the people they were on the days they were born -- the quiet dreamer of a planet, and the impatient supernova -- and alive before their Creator, whose glorious mysteries are all before us, every day.