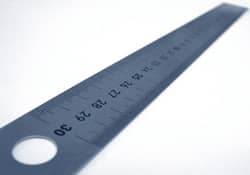 Predictably, Pew and the media are reporting on the latest Pew survey of religious knowledge among Americans as something of an intellectual trophy for atheists and agnostics. Just as predictably, there’s more to it than that -- primarily a wide disparity in the performance of different groups of Christians. More on the specifics of that later, however. There is a more important point to make about the survey and its results.

According to the Pew summary, the factor that correlates most strongly with performance on the 32-question survey is a respondent’s level of education. This makes sense: many of the questions are about historical figures and cultural facts on world religions. Atheists, agnostics, and Jews had the highest levels of correct answers on those questions; Mormons and white evangelical Protestants did the best, overall, among the rest of the respondents, on most questions scoring only slightly lower than (or the same as) the higher-scoring groups.*

But I believe it represents an invalid perspective to see the lower performance of many Christians as an indictment of some kind. Christians should view this perspective skeptically, and be aware that we may not agree with its premise. Rather than being annoyed or discouraged that so many Christians fall in the lower-educated, lower-knowledge tiers, I am encouraged: because it means evangelism, outreach, and ministry are doing their job in spreading the good news of salvation and grace throughout society.

Christians are the only religious group in this survey with denominational distinctions and associated performance variations. Christianity in its various denominations is spread across education levels, as it is across income levels and ethnic groups. And what an indictment of Christianity it would be if this were not the case. Jesus didn’t come to represent a “top ten percent” or help Christians score well on knowledge tests; he came to change us spiritually, and offer us hope through grace. For admission to his salvation, there is no qualifying test score. Anyone can receive it. And many do: just as they are, and without one plea -- or test grade.

For kicks, I read through the entire survey and took each question as it came up. I got all of them right. Rah for me. Yet what matters is that I’m the same kind of flawed, imperfect human being everyone else is, prone to sin and in need of a Savior. I have much to learn from people whose intellectual knowledge may be less than mine, but who are wiser and more readily inclined to kindness, patience, and grace.

About historical figures and cultural statistics, we can learn from books and online searches. It’s learning the intangibles of character, outlook, and attitude that we need other people for. As always, we can take Jesus for an example. He knew the Law so well that he taught from it in the Temple at the age of twelve. He quoted it on a number of occasions. But when the religious authorities sought to stump him by asking him questions of fact about the Law, he didn’t respond by answering directly and giving a slam-dunk demonstration of rote knowledge.

Jesus’ business among us was not to excel at quizzes on the Law -- although he could have done so easily -- but to model a life of grace and whole dependence on the Father. When he was challenged on a point of Law, he assumed the demeanor, not of someone who was being graded on his answers, but of someone who had a higher principle to impart. The commandments he prioritized -- love God with all your heart and mind, and love your neighbor as yourself -- can be understood and practiced by anyone, regardless of his intellectual accomplishments. Even more than that, they are relevant to every life and every situation, a thing which cannot be said of knowing who Jonathan Edwards or Martin Luther was.

There will always be plenty of Christians who know basic facts about world history and other religions. This kind of knowledge is a function of the education incident to cultural and demographic background, as the Pew survey makes clear. White evangelical Protestants and Mormons, for example, performed much like atheists, agnostics, and Jews on most of the historical and religious-cultural questions. (Mormons and Jews, as we would expect, performed exceptionally well on such questions about their own religions.) Other surveys have shown these two groups to have higher educational accomplishments and income levels than the American average.