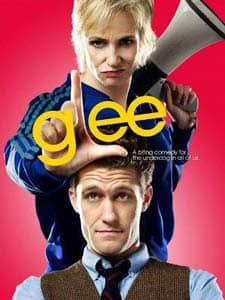 Recently the hit TV show, “Glee,” did an episode focused around G-d and god concepts. The premise of the show was that Kurt Hummel (a very snazzy member of the glee club who lost his mother as a child) faces a tragedy. His father is struck with a heart attack and resulting coma. His fellow glee club members present prayers and thoughts to him to help him deal with this situation. The only issue? Kurt doesn’t believe in G-d.

Here’s some dialogue from the episode:

Prior to his father’s heart attack --

Kurt: "Sorry, but if I wanted to sing about Jesus, I'd go to church, and the reason I don't go to church is because most churches don't think very much of gay people. Or women. Or science.”

This is post-heart attack --

Kurt: "Thank you, Mercedes. Your voice is stunning. But I don't believe in god."

Kurt: "You’ve all professed your beliefs, I am just stating mine. I think god is like Santa Claus for adults. Otherwise, god's kind of a jerk, isn't he? I mean, he makes me gay and then has his followers going around saying it's something that I chose, as if someone would choose to be mocked every single day of their lives. And right now I don't want a heavenly father. I want my real one back."

Mercedes: "But Kurt, how do you know? You can't prove there's no god."

Kurt: "You can't prove there isn't a magic teapot floating around the dark side of the moon with a dwarf inside of it that reads romance novels and shoots lightning out of its boobs, but it seems pretty unlikely, doesn't it?"

Brittany: "Is God an evil dwarf?"

Quinn: “We shouldn’t be talking like this, it’s not right.”

Kurt: “I’m sorry Quinn but you all can believe whatever you want to but I can’t believe something that I don’t. I appreciate your thoughts. But I don't want your prayers."

Later in the episode when super(hilarious) villain, Sue, complains that the glee club is singing about G-d, she makes this statement: “Asking someone to believe in a fantasy, however comforting, is an immoral thing to do. It’s cruel. It’s as arrogant as telling someone how to believe in God, and if they don’t accept it, no matter how open-hearted or honest their dissent, they’re going to hell. That doesn’t sound very Christian, does it?” Her anger stems from a childhood trauma. Her older sister has Down Syndrome and was made fun of. Sue prayed to G-d to help her and G-d did not. Since then, she’s been angry.

Well, “Glee,” you opened the can of worms, let’s go there. But first, let’s talk music choices. “Glee” poses a nice mix of Jewish and Christian characters, as well as characters that have a faith but ‘don’t go there’ in this episode. Each comes through and sings a song that exemplifies his or her faith or is an attempt to pray for Kurt. It was a bit of a copout that the Jewish bad boy, Puck, sang “Only the Good Die Young” because it was by a Jewish singer. Mercedes’ rendition of “I Look to You” by Whitney Houston was touching and moving (aka, it had me in tears). It didn’t feel overly Christian but it embodied an everyman search for meaning and strength. Rachel (our other Jewish character) sings -- surprise -- “Papa Can You Hear Me” from Yentl . . . because it talks about fathers and it was a Jewish song. I get it . . . couldn’t there be a better song that helps the story along that delves into Jewish spirituality? Dropping it . . . I know, but that isn’t the point of my evaluation, their songs are only for our edification.

Finally, Kurt gets up and shares how he feels. He tells us that his father held his hand the day they buried his mother and sings a tear-jerking and heart-melting rendition (complete with childhood flashbacks) of The Beatles’ “I Want to Hold Your Hand.” Our lead boy, Finn, who, by the way, has been praying this whole episode to “Grilled Cheesus” a grilled cheese Jesus, is now questioning G-d in his life. Why? Because he made three wishes to G-d and they came true; however, they could easily be explained by circumstances. He hits us with a powerful R.E.M. classic, “Losing My Religion.” At the end Kurt goes to a beautiful black church with Mercedes on Sunday (because he got to wear a fabulous hat) where Mercedes and the choir sing “Bridge Over Troubled Water” (Aretha Franklin’s cover of the classic Simon & Garfunkel tune).