The Methodology of the God Scare and the New Atheism 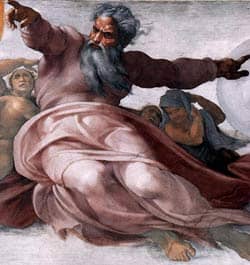 Now that what we might call the God Scare of the mid 2000s appears to have died down a bit, it seems appropriate to take a few steps back, and see what patterns, if any, emerge in retrospect from the flurry of punches it threw at religion. (That we're now ghoulishly gathered around Christopher Hitchens' bedside waiting to see if he'll call for a Mass perhaps indicates that the whole thing's become a spectator sport.)

The God Scare was an authentic middlebrow movement, which probably had more in common with Laurence Moore's religious outsiders than it did with Michael Kazin's populists; that is, its advocates were self-proclaimed prophets in their own country, expecting persecution, righteously standing against the hoodwinked hordes rather than leading them. It came in a number of flavors: the cerebral sniffiness of Daniel Dennett and Richard Dawkins; derisive polemics ranging from the low end of the Beavis-and-Butthead-ish (that adjective's descriptive rather than analytic) "Jesusland" map and the sneering of Bill Maher to the high end of Hitchens' unceasing arsenal of droll Briticisms; but, perhaps most memorably, the journalistic hue and cry -- raised by Chris Hedges, Michelle Goldberg, Kevin Phillips, and others -- that the evangelicals are coming.

Three interlocking ideas underlay most of these critiques; one of them is ideological, the second methodological, and the last linguistic.  I should say that I am not here intending to imply that all of the folks above march in cognitive lockstep; rather, I see among them a family resemblance. Additionally, though Dawkins and Harris in particular are careful to dole out punishment to Islam (and much less frequently, Eastern religions), generally the God scare is about Jesus' Father in Heaven, which indicates that we're not merely having a philosophical tête-à-tête about God here. Rather, we're duking it out in the trenches of the culture war. The God Scare wanted to change how America works. And thus, the panic: religion was frightening not merely because its faithful believe; it was frightening because they vote. And have their own schools. And so on.

The first critique usually went something like this: religious people believe funny things, like the idea that God created the earth or that Jesus will soon return to rule us all. These things are not substantiated by the normal processes by which we gather information to run our lives, like physics or journalism or chemical engineering or political polling. Therefore we should not take religious people seriously when they propose laws or turn up to vote, because clearly they are not capable of functioning in modern society. On the surface level, the God Scare dismissed religious beliefs because it desperately wanted us to believe they are silly (and there exists a large arsenal of weak witticisms to convince you this is so). This is more or less the circle of hell Christopher Hitchens and Bill Maher roamed in.

Underneath the polemics, this taunting concealed abject horror of the ideological platform of the religious right, and often simplistically, equated such political stances with the sum total of Christianity itself. See, for instance, Kevin Phillips's American Theocracy, which more or less understands evangelicalism in total (say 25% of the American population) to be basically fundamentalist dispensationalism (in actuality, a much smaller percentage), and fundamentalist dispensationalism to be single-mindedly dedicated to becoming the get-out-the-vote force and the foreign policy think tank of the Republican Party. For somebody who was once a renowned statistician, Phillips likes to sling around estimates with large margins of error; he asserts with no footnote that "we can estimate that" 20 to 30 percent of American Christians believed that the Iraq War was actually an attempt to pull the trigger on the Second Coming; these numbers were presumably produced by the aforementioned sloppy understanding of what these strains of faith are (p. 88). Yet as he makes these dire predictions Phillips is baffled and appalled (like Thomas Frank's What's the Matter With Kansas before him) that religious people might actually make decisions about politics based on their religious beliefs (pp. 96-100).