This is Part One of a three-part series of reflections on the lectionary gospel readings leading up to Advent. See the introduction to the series here. 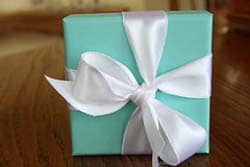 The Sadducees, like the Pharisees, were a group within Judaism that arose around the 2nd century B.C.E. The Sunday School teacher's way of helping students remember a key difference between the Pharisees and the Sadducees is this: "The Pharisees believed in the Resurrection. The Sadducees did not, and so they were sad, you see?" (Groan here, but you'll remember the distinction forever). The Sadducees were a conservative, aristocratic group, many of them dignitaries in the priesthood. They believed that collaborating with Rome was the best strategy for preserving Israel's identity. (E.J. Tinsley, 181)

It is interesting that Luke identifies them by what they do not believe. (20:27) This raises a question in my mind: Do we ever approach Jesus leading with what we are not prepared to give up, what we are not prepared to do, and what we on no account will ever believe? I'll follow you, but I will not give up my comforts and my control over my time. I'll follow your ethical teachings, but I will not buy into any pie-in-the-sky hope that there is anything beyond this life.  I'll buy a pretty Advent calendar and put a quarter in it every day for mission projects; I'll invite you into my home, but only if you come without expecting any sacrifice or change within my four walls.

Jesus entered into Jerusalem in Luke 19:28, and ever since then opposition has been intensifying against him. The only reason the chief priests, scribes, and leaders of the people had not yet seized him was because of his popularity with the people (19:48, 20:19). They now send spies who act honestly but whose goal is to trap Jesus (20:20). Death and taxes, these are two topics they broach with him. First they try to trap him with the question about taxes (20:26) and, now, in our text, some Sadducees try to trap him with this question about the Resurrection.

A contemporary version of their question has probably entered the mind of many people whose spouses have died and who have then remarried. Their version seeks warrant in Deuteronomy 25:5-10, where the Mosaic Law stipulates that a woman whose husband dies before having fathered a son with her must marry his brother and keep on trying. Any son(s) that resulted would belong to brother #1, as a way of preventing his name from being "blotted out from Israel" (Dt. 25:6).

Brendan Byrne, in his very helpful book entitled The Hospitality of God: A Reading of Luke's Gospel, points out that the Sadducees' question seeks to make life after death ridiculous. It rests on a crass assumption that life after death will simply be a repetition or extension of life in the present time, with the same conditions applying.

1)   In the risen life (vv. 34-36), we are dealing with a totally new situation: since no one dies any more, there is no more need for procreation and hence no need for marriage.

2)   The same Moses who wrote the prescription they cite in Deuteronomy also spoke, in a far more central passage, of God as the "God of Abraham, Isaac, and Jacob (Ex. 3:6). This description implies the continuing personal existence of those with whom God remains in relationship, including the three patriarchs. The relationship God seeks to forge with human beings in the here and now is one that transcends death. (Byrne, 160)

"They no longer dared to ask him another question," but one of the scribes in the crowd called out this commendation: "Teacher, you have spoken well" (20:39-40).

This sermon series focuses on our need to prepare for Jesus' Advent, for his entry into human life, into our lives.

The opponents of Jesus were preparing for his death not his life, ensuring his exit rather than welcoming his Advent. They prepared for his death by seeking to trap him in his words, asking him cunning questions about death and taxes. Their harmful intentions are thwarted when his answer to their trick question about the Resurrection affirms rather than denies it, and does so out of their own Mosaic tradition. He affirms the reality of the Resurrection for them and for us.