God and Karl Marx: Round 15

In 1992, after the Soviet Union collapsed, American author Michael Hart revised his 1978 ranking of the 100 most influential people in human history. Karl Marx had been ranked number 11 in 1978. He dropped to number 27 in Hart's list after the dissolution of the Soviet Communist empire. (Numbers 1, 2, and 3 were Mohammed, Isaac Newton, and Jesus Christ, in that order.)

But the failure of Communism's most overt foray into national politics might have misled Hart into downgrading Marx too soon. As Rand Simberg reminded us at Pajamas Media last week, Marxism still has a deep hold on our collective thought processes. The guiding meme of the Western mainstream media is derived from Marxism. Much of the political shorthand in which we speak today was defined for us by Marxism and is incoherent outside its context. Simberg discusses two concepts in particular: the idea that there is a universal standard of what people "need," governing state policy and forming the basis for the welfare state and redistributive taxation; and the idea of intrinsic economic value, which underlies policies like the minimum wage.

I wrote in a similar vein last year, in a piece entitled "We Are All Marxists Now." Americans today reflexively think in philosophical categories that did not exist before Marx coined the term "capital" -- and, in defining it, gave us a common lexicon. Besides the concepts Rand Simberg raises, I addressed the complete absence from Marxist-defined capitalism of the small entrepreneur. This quintessentially American type, who needs low taxes and light regulation to earn his living, but who is also the engine of job and wealth creation in our economic polity, has no place in Marx's scheme. American federal policies have for decades observed Marxist distinctions, taxing and regulating businesses as if they are all big businesses -- and treating the individual as if he is consigned by the system to being "labor" for the duration of his life on earth: never an owner or a wielder of capital himself, perpetually sentenced to tenancy, survival-level consumption, and dependence on the state in old age or disability.

There is a real sense in which Americans voting on November 2 are voting on whether to continue down the path of embedded Marxism. I doubt most people see it that clearly. I suspect Rand Simberg is correct, and that there are many Americans who don't recognize the Marxism in their own thoughts. This is partly because of the inroads Marxism has made in our schools: not merely in economics or political science courses, but in the liberal left's take on our national narrative and our sense of America's purpose and destiny.

But the stealthy persistence of Marxism in our canon of modern ideas can be attributed to another factor as well, and one that may be more significant. In many ways, Marxism resonates beautifully with the human psyche. There is a real sense in which Marxism is simply an elaborate method of systematizing our preexisting human impulses. I recall the first time I read The Communist Manifesto all the way through, in college, and was struck -- even at that young age -- by how juvenile it seemed. "What are these guys, twelve?" was my initial and most persistent thought. The demand that the whole world change its annoying habits, and begin recognizing you in the manner you prescribe for it, is a phase of adolescence almost everyone endures; but most of us don't nurse that insistent appeal into adulthood and make a comprehensive weltanschauung out of it.

Marxism appeals to humans because it purports to justify what we want to do anyway: envy others, wreak vengeance on them, supervise them in their moral choices and daily lives, establish sinecures for ourselves, and maintain, throughout, a feeling of sanctimony about the justice of our posture and actions. In truth, Marxism is merely one of the most recent human philosophical systems to offer this "cover" to our perennial urges. Monarchs and emperors have benefited from similar organizing schemes. And like its predecessors, Marxism pretends to transcend the banality of the evil it promotes, with the appeal to an elliptical, insidiously truncated morality.

If Americans wish to infuse our election this week with real significance for the fate of our nation, it is precisely the siren-call of Marxism that we have to repudiate. It will not be enough to reject one set of politicians for another, if we persist in seeing ourselves as Karl Marx saw us. In the endeavor to throw off the Marxist intellectual yoke, there is no more fruitful appeal than to the view of man outlined in the Bible. Marxism takes it as a defining moral observation to characterize the individual as dependent and importunate before a set of hostile and dysfunctional institutions. But the Bible views man as the only being in nature made in the image of God: the special object of God's uninterrupted concern and care, equipped by his relationship with the Lord to triumph over any adversity and face down any number of institutions.

A Quick Note to my Blog Followers...
Roger E. Olson
3

This Could Spare You From Life-Long Regret
Frank Viola
4 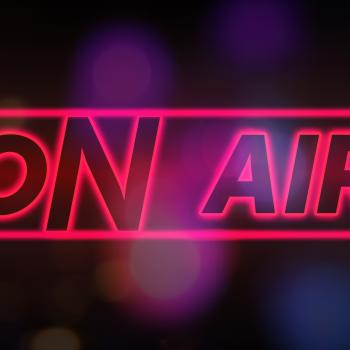 Free Press and Full-Court Tactics
Scott R. Stahlecker
Get Patheos Newsletters
Get the latest from Patheos by signing up for our newsletters. Try our 3 most popular, or select from our huge collection of unique and thought-provoking newsletters.
From time to time you will also receive Special Offers from our partners that help us make this content free for you. You can opt out of these offers at any time.
see our full list of newsletters
Editor's picks See all columnists