Greed (1924) is a classic silent film by the German director, Erich von Stroheim, although no one alive has seen its full nine hours, and few have seen the reconstructed version acclaimed as a masterpiece. Like the similarly-themed but more recent There Will Be Blood, Greed explores the ultimate results of what Augustine called "disordered desire." What happens to us when we enshrine "Mine!" and "I deserve" as our core beliefs? Greed tells us. At the film's end, the main character, McTeague (Gibson Gowland), fleeing with a treasure for which he has already killed once, finds himself in the desert handcuffed to the pursuer he has also killed. His pack horse is dead, the desert stretches off as far as the eye can see, and we know that his desire has doomed him. All his wealth will avail him nothing; he will die handcuffed to the one he cheated of wealth.

It's a stark vision of humanity. Von Stroheim's studio bosses hated the film, sure that American audiences wouldn't want to see something portraying human beings as so venal, so badly mistaken (the film reportedly turned a small profit, for what that's worth; greed may always be interesting). But while most of you are unlikely ever to see it (you could check out clips on YouTube), Greed might still be a morality play for modern America, an allegory about how even with bags full of money, you can still find yourself handcuffed to what you tried to escape.

We talked last week about our individual desire to hold on to our own money in the face of tough economic times, something I certainly understand. My friend Katie Sturm, writing from Dublin, told me of a sermon she heard this weekend about "Mine!' and "I deserve" as distorted understandings of the fact that all things come from God, and that we express our thankfulness for what we receive rather than demanding it as our due. I wish more people had heard this sermon; I argued in last week's column that, despite the temptations posed by the Tea Party's calls to reduce government and cut taxes, a Christian ethic of compassion suggests that paying taxes that help care for those in need, say, the classes of people Jesus names in Matthew 25 (those who are hungry, those who are thirsty, those who are strangers, those who are in prison) might in fact constitute part of our Christian duty.

This week I want to talk about big money (which I neither earn nor pay in taxes), the money that has flowed into the political system because of greed, and which has the potential to break the system (if it is not already broken). In community, Christian ethics argues, we are all equal, all to be respected, all worthy of being heard. All of us, wherever we may be and whatever we may do, are essential to the life of the body. In political life, however, this could not be further from the truth. As individual members of the Tea Party complain, this government does not seem to be responsive to their desires, their beliefs, or their fears; I often feel the same way, although I find myself on a different part of the political continuum from the Tea Party. Too many wealthy individuals--and wealthy corporations--seem to have in inordinate amount of influence and power.

So, corporations have the rights and privileges of people, and they have, if they're successful corporations, a lot of money, although they always want to make more, because that is why they exist.

And how do they do that? By safeguarding their rights and privileges in any way they can. By reducing the regulations under which they labor, by reducing the checks on their abilities to do business, and by increasing their profitability however they can--by paying workers less, by moving plants to where production costs are least, by focusing on short-term profits instead of long term societal costs.

The political reality of our time is that money talks, and that elections are increasingly more expensive. The recent senate election in Colorado saw the two candidates raising, between them, $14 million dollars--an incredible amount of money for a state-wide election. But that wasn't all. Outside organizations--on both sides--poured $25 million dollars into the election, resulting in $13 million dollars being spent on television ads alone. I was recently in Colorado, and was told you could not turn on the television without seeing attack ads.

Rejected in All Quarters But One
Frank Viola
2 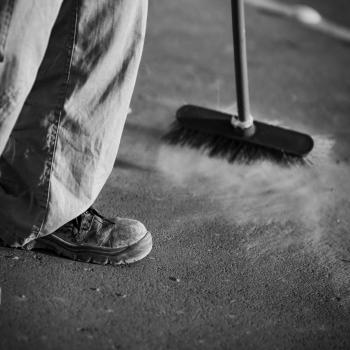 A Broom and a Tax Collector
Anne Kennedy
4 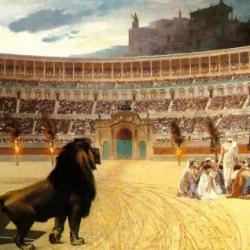 Gospelbound Embraces the False Myth of Persecution
Cassidy McGillicuddy
Get Patheos Newsletters
Get the latest from Patheos by signing up for our newsletters. Try our 3 most popular, or select from our huge collection of unique and thought-provoking newsletters.
From time to time you will also receive Special Offers from our partners that help us make this content free for you. You can opt out of these offers at any time.
see our full list of newsletters
Editor's picks See all columnists