And the seventh angel sounded; and there were great voices in heaven, saying, The kingdoms of this world are become the kingdoms of our Lord, and of his Christ; and he shall reign for ever and ever. ~ Revelation 11:15

And he hath on his vesture and on his thigh a name written, KING OF KINGS, AND LORD OF LORDS.  ~ Revelation 19:16 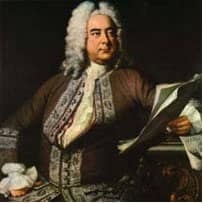 This YouTube video went viral last week. If you haven't seen and heard it already, watch this amazing video at Macy's in Philadelphia, where a flash mob sang the Hallelujah chorus in the midst of a store full of shoppers!

A friend of mine sent me a YouTube clip last week. Now I have to admit that I typically delete " internet fast forwards" but she insisted I watch this one, so I did. And I am so glad I did. On Saturday, October 30th, at Macy's in Philadelphia, a group of nearly 600 singers, including members of Opera Company of Philadelphia, sang the "Hallelujah Chorus" from Handel's Messiah, accompanied by the Wanamaker Organ, the largest pipe organ in the world, with nearly 28,000 pipes! It's called a "random act of culture" and in the midst of the Clarins Cosmetic Dept, while everyone was getting ready for Halloween (don't miss the Clarins girls in devil costumes!), one of the world's greatest pieces of music was performed.

People sang. They took pictures. They laughed and smiled. They listened. They sang along. And they prayed.

People raised their hands in praise to the King of Kings and the Lord of Lords.

They hugged their spouses, their partners, their friends, and their kids. And they prayed.

In the midst of consumerist society, there, right there in the midst of it, with shopping bags, and cosmetic ladies (who does their make-up?), and checkout counters, and Halloween costumes, God broke through for the Lord God omnipotenth reigneth . . .

The pipe organ made the floors shake; people could feel the vibrations, even as they watched and listened: "The kingdoms of this world are become the kingdoms of our Lord, and of his Christ; and he shall reign forever and ever."

Just a random act of kindness and culture: a group of strangers suddenly were friends. Music and culture do that. In the midst of their problems and hardships and struggles and pain, suddenly music moved their hearts and souls, and for a moment, the world was a little better place. Suddenly, race and religion and political persuasions gave way to the music and the singing and people smiled and hummed and sang and prayed . . ."Hallelujah!  Hallelujah!"

Can you, by a random act of kindness, make a difference in someone else's world today? Does your heart need to be moved by music or art or culture, in the midst of your life's challenges?

Will you claim Jesus Christ as your King of Kings and Lord of Lords?