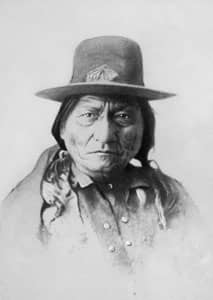 In less than two weeks, I shall be celebrating Thanksgiving, honoring my home, cooking for friends, and enjoying a relaxing day of good food and even better camaraderie . . . and, not for the first time, I am deeply ambivalent about this.

I like the idea of having one day a year -- surely we can give at least one -- to say thank you: to the Gods, the ancestors, the vaettir, to the land, to our friends, colleagues, and families. Gratitude is, to my mind, an important spiritual grace and one that we would be well served in cultivating. It's a good thing to consciously stop and say "thank you" to all those in our world, and given that Thanksgiving isn't really associated with any religious holidays, it's a nice piece of "common ground" upon which interfaith dialogue can occur. Who would argue the joy of giving thanks for those good things that fill our lives? "Giving thanks," like honoring the dead, is a place where many different religious traditions can meet, and that's a very positive thing to my mind.

More personally, Thanksgiving has a deeply emotional importance to me in that it was the first and last holiday I was able to celebrate in my own house, on my own land, with both my oath-sister and my adopted mom. My adopted mom died this past February and that family gathering is not one that, corporeally, I shall ever be able to repeat. I remember her when I sit down to plan the meal, or lay the table, or cook for my wild assortment of colleagues and friends. I remember her and I am filled again with that love and pride, care and companionship that we shared Thanksgiving 2009.

For me, there is also an element of hospitality in opening my doors to friends who have no family in the area, or who might otherwise spend the day alone and maybe hurting. I have all these taboos as a shaman about feeding those who are hungry (spiritually as well as physically) and about offering hospitality when I can. Moreover, I've been lonely. I've been hungry, sometimes very hungry. Something deep and almost ancestrally based within me wants to say, "Come, let us celebrate together. You have a place at my table." Therein lies the problem: what exactly are we celebrating?

Part of me feels about Thanksgiving the same way I feel about Columbus Day: why are we celebrating the genocide of nations of indigenous peoples? Why on earth should any of the Native peoples give thanks for the arrival of the pilgrims and why on earth should we celebrate the atrocities committed by our ancestors? Especially as Pagans and Heathens, it seems to me that we have a greater obligation to be mindful of these things, because our religions were destroyed by the same type of religious and cultural imperialism, destroyed so thoroughly that the majority of people don't realize that we who come from Northern European stock even had "indigenous ways" other than Christianity. We have a debt, a sacred obligation instead, to make this world better: to restore what our ancestors in the name of God (note the singular) and country severed so brutally. Part of our portion, I very strongly believe, is to restore our ancestral lines. That starts in small ways.

We're taught certain fallacies about Thanksgiving Day in school (at least in the States), including being presented with a glossed over view of the first Thanksgiving as a celebration of the cooperation between the first Pilgrims and the Native peoples, without whose guidance the former would have perished. There is, of course, some truth in that. However, we're rarely taught that whatever cooperation there was didn't last because of our ancestors' greed and shortsightedness. For instance, the first formal "Day of Thanksgiving" was declared in 1637 . . . celebrating a massacre of Pequot men, women, and children. While it's true that Thanksgiving Day as we know it now was established by Lincoln in the middle of the Civil War to give thanks for the nation's blessings, probably as a means of drawing people together, that doesn't change the fact that its mythology and history are irrevocably linked with indigenous slaughter.

We make nice little cardboard cutouts of the Native peoples; they become characters in one of our most enduring cultural fables. We're rarely presented with the full scope of what European colonization meant: the destruction of cultures, languages, religions, communities to a crippling degree, and the continued marginalization of those whose ancestors had right of first relationship with this land.

I have no Native American blood. My ancestors came to this country in the mid 18th century on one side, and the early 1900s on the other. What does this have to do with me and mine? Well, on the one hand, my ancestors went through a cultural and religious genocide -- the spread of Christianity across Europe, which effectively destroyed and irrevocably changed the indigenous traditions of the places to which it spread, usually by violence. I am engaged in the process of trying to rebuild and restore what was lost, with the help of the Gods, ancestors, and many devout and devoutly called colleagues. It would be a grave moral wrong for me to turn around and celebrate the genocide of another people.

About Galina Krasskova
The author of several books on the Northern Tradition, Galina Krasskova is a Heathen priest, shaman, and devotee of Odin. She blogs at Gangleri's Grove.