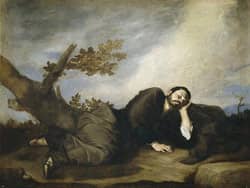 The parsha (weekly Torah portion) for this week is Vayeitzei. Vayeitzei means ‘and he left,’ and is the first distinctive word in the portion. Be sure to check out the video at the end of this article, especially if you need help keeping track of how many kids are born in this parsha!

Last week, we left off with Yaakov being strongly ‘encouraged’ to leave home and head to visit his kin in search of a wife. While he was on his journey, he finds a place to rest. He took some stones and made a pillow for himself. It may not have been the most comfortable but it was what he had. While he slept he had a very odd dream. There was a ladder and there were angels. Some were going up and some were going down. G-d came to him and said, “I am your G-d, the G-d of your father Abraham and Isaac. The land where you are laying your head will be the land I give your children.”

G-d goes on to tell Yaakov that his descendants will spread east and west and they will be blessed. Not only this but G-d reassures him that G-d is with him to guard him wherever he will go. Here Yaakov wakes up and gives us a now famous line, “G-d was in this place and I, I did not know it.” Why does he say this? Some rabbis have told us that the place he settled down to sleep was what is now the Temple Mount. So if Yaakov knew that this was such a holy place, he would have not have slept. He got up in the morning and used the stone that was his pillow as an altar, anointing it with oil.

It is time for Yaakov to continue on his way. He makes a very odd vow with G-d. He says, Look, G-d, if you stay with me and protect me on my trip and give me food and clothing to wear and then help me return to my father’s home, then you will be my G-d. That sounds awfully conditional to me. Regardless, he headed east to where his family lived. He comes upon a well with a big rock on the opening and several shepherds with their flocks lazing about. He asks them about his uncle Laban, to which they reply that his daughter would be coming with their sheep soon. In a feat of super-human strength, Yaakov pushed the rock from the well and he helped Rachel water her sheep. He was instantly enamored with her. He kisses her, he cries, and only then does he tell her who he is.

When her father hears about this, he comes running out of his house and hugged him and kissed him. Why the warm response? Rashi tells us that it wasn’t so warm actually. He remembers when Eliezer came and took his sister Rivka away to marry Yitzhak. When that happened, the servant had ten camels laden with jewels and gold. However, here is the child of that union on his doorstep looking like a pauper? Did he not have any wealth with him? The midrash tells us that he was sent away with money and jewels but that one of Esav’s sons ambushed and robbed him shortly after he left home. By the time he reached Laban he had nothing left. But Laban was greedy and a cheat. He wanted to be sure. So when he hugged him, he patted his pockets and Rashi says he even went so far as to check his mouth for anything stashed there.

Reluctantly, Laban lets Yaakov stay in his home for a month. This was not without cost, however. Yaakov had to work for him by pasturing his sheep. After a month, Laban asks him what he would like his wages to be and Yaakov suggests that he would work for him for seven years to marry his younger daughter Rachel. There was an odd difference in the two sisters, Leah and Rachel. It says that Leah’s eyes were tender and Rachel was beautiful. What does this mean? That Leah was ugly? No, in fact, Leah had been constantly weeping for a long time because it was decreed that she was to marry Esav. It was known that the older daughter would marry the older son and the younger daughter, the younger son. Leah did not like this challenge. She did not want to be married to this brute of a man. She prayed very hard to change this decree and there we begin to see the true difference in the sisters.