I was born and raised in the LDS Church, but after much serious contemplation I have decided to become a member of my local Quaker meeting. In my letter that expresses my desire for membership (nothing so beautiful and symbolic as my Mormon baptism, of course), I shared that I consider myself a Mormon-Quaker. There are Buddhist Quakers, Muslim Quakers, Atheist Quakers. I am wondering if there is a breaking out of the mold and yet still faithful interfaith tradition to speak of within Mormonism? Am I, by chance, following in others' heterodox footsteps? I was thinking maybe there are some examples of Native American Mormons who may have charted such a path for themselves . . . and wrote about it? Spoke about it? Anything?

Of course, I am aware that I may be crossing the streams (Ghostbusters reference) of Protestant denominations and that membership in another church would be considered grounds for nulling my membership in the Mormon church. But that is not where I want to go. My decision to become Quaker has been one of much discernment, and I only decided to do it when I realized that there is much room, even richness, in being my Mormon self within my Quaker communities. Right now, for now, I find that my contribution to the building up of Zion seems to be with the Quakers, or the Friends. That said, I am open to all the transformations life offers and I wonder if living and worshiping with a Mormon community might someday be a possibility for me again? Some Quakers participate fully in two or more different spiritual traditions at the same time, so I am told. For now, I am practicing most outwardly as Quaker, but I am Mormon, first and foremost. It is where it all begins for me. And our family's Quaker faith and practice has a particular inflection of Mormon hymns, Mormon prayer, Mormon vocabulary, Mormon cooking, and of course, Mormon stories. I guess I am also worried that this choice might horrify some, if not most, of our brothers and sisters.

So, what do you say Mormon Girl? Any one else done this before? Anyone else doing it? An interfaith family is one thing, but what about an interfaith person? And, am I just asking for trouble? In your opinion, what are the realistic stakes of my decision to become a Mormon and a Quaker?

Oh, Sister-Friend. Reach deep back into LDS Church history, and you'll find many touch points between Quakers, their cousins the Shakers, and Mormons, from our common roots in the English Radical Reformation through the early days of the Church in Quaker-rich Ohio and Pennsylvania. And I'm not even talking the much-abused dictum attributed to Joseph Smith that there were men living on the moon "dressed in Quaker style."

Fast forward to 21st-century Mormonism, and I can tell you that you are certainly not the only Mormon person who has gravitated toward the Society of Friends.  I mean, really, if you're a liberal Mormon, there is so much to love about the Friends:  the discipline of listening to the Spirit, the peace testimony, the history of persecution, the basic, centuries-old Quaker doctrine of gender egalitarianism.  During a very tender time in my own spiritual life, I attended Quaker meetings.  There I sat, in silence, trying to listen for the Spirit, and wrestling the whole time -- tears rolling down my cheeks more often than not -- with what it meant to be a Mormon. Quakerism offered a real gift of sanctuary to me, as it has to other Mormon people I know.

What's unique about you is your determination to continue your path as a Mormon through the venue of Quakerism. You're right that (depending on the inclination and inspiration of your home bishop or stake president) it might be cause for some discussion about the status of your membership in the institutional church. And no doubt, you may run into a bit of static from more orthodox Latter-day Saints, some of whom -- especially in anonymous online settings -- won't hesitate to tell you that you're not Mormon any more. Don't believe them. They're just feeling misunderstood and defensive. And if they were your home or visiting teachers, they probably wouldn't be so quick to push you out the door. 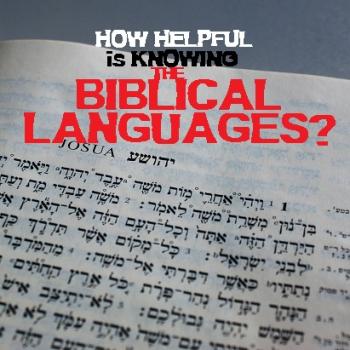 The most religious experience I know
Freedom From Religion Foundation
4

Anti-Vaxx Parents Kick Out Vaccinated Teen
Andrew Hall
Get Patheos Newsletters
Get the latest from Patheos by signing up for our newsletters. Try our 3 most popular, or select from our huge collection of unique and thought-provoking newsletters.
From time to time you will also receive Special Offers from our partners that help us make this content free for you. You can opt out of these offers at any time.
see our full list of newsletters
Editor's picks See all columnists