As Sisters in Zion: Mormon Feminism and Sisterhood

The complexities of being Mormon and feminist begin with the complexities of feminism itself, which is even harder to define now than it was twenty years ago, partly because of its increasing variability (it's said there are as many kinds of feminism as there are feminists) and partly because its most obvious tenets have been absorbed by popular culture. Slogans like "Feminism is the radical notion that women are people" look good on t-shirts, but (thanks to feminism) such thinking now belongs to the realm of common sense. More practical are definitions of feminism as a movement as well as a philosophy. "Feminism is the advocacy of women's rights on the grounds of political, social, and economic equality to men," quotes Jezebel.com founder Anna Holmes, and "a feminist is anyone who believes in and acts upon the concept of gender equality for all" (emphasis mine). It can be argued that feminists don't just desire equality -- they work to effect and maintain it.[3] But don't expect all feminists to agree.

Don't expect them to agree, either, on what equality looks like. While feminism at large is dedicated to the proposition that all men and women are created equal, the movement splits along two opposite visions of fulfillment. The first (old/liberal/equity feminism) centers on the sameness of men and women and seeks to reform society by removing gender segregation and privilege within existing institutions. The second (new/radical/establishment feminism) stresses the difference between men and women -- indeed, considers them to be separate political classes whose interests essentially clash -- and seeks not to reform but to fundamentally reinvent society by abolishing its current institutions (which are considered inherently sexist)[4] and establishing new ones.

The questions only intensify for Mormons, who are already committed to one weighty belief system and therefore run the risk of divided loyalties when committing to another -- particularly, a progressive movement relating to gender roles and family structure. Given feminism's ties to Mormon hot-button issues like abortion rights and working mothers, some may question if it's possible to be, as the FMH tagline claims, "feminist and faithful."

In fact, the biggest difference between two Mormon women invested in gender issues might be their willingness to call themselves a feminist. Hear the dilemma in this snippet of online conversation (which I continue to quote throughout this article):

Says Becky: The feminist label conjures up the embarrassments of feminism: the man-basher, the radical, the selfish mom, the "feminazi." So while I cherish certain ideals of feminism, I don't want that label.

Says Kylie: I'm not a bra-burning feminist, but I do consider myself a feminist -- sort of a worried-about-stereotypes-and-rigid-roles, hate-being-penalized-or-pedestal-ized-just-because-I'm-a-woman, and fairly-sensitive-to-gender-issues type of feminist.

Says Mara: I consider myself a feminist without a "but." I'm not ashamed or embarrassed of that title. And I'm a SAHM and "traditional" wife in many ways. I think women, the unique woman's perspective, and the tale that only women can tell is supremely important.

Says Emily: Despite my gratitude for the opportunities feminism has blessed me with, and my general outspokenness on women's issues, I find it hard to self-identify with this movement. Feminism today seems to be about freeing women from the things that will bring us joy.

Says Michelle: I don't like to call myself a feminist because there is so much negative stigma associated with it, and I don't want to be associated with the negativity. I'd rather just be passionate about women's issues without someone automatically assuming they know what that means for me. The relative nature of feminism gets hard to deal with. 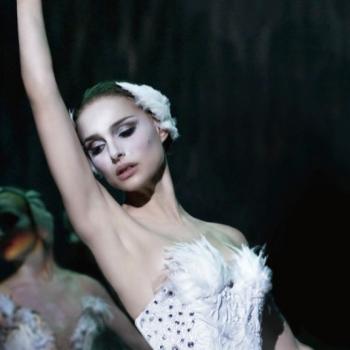 Saigon, Kabul, and the Myth of the Graveyard of Empires
Philip Jenkins
4 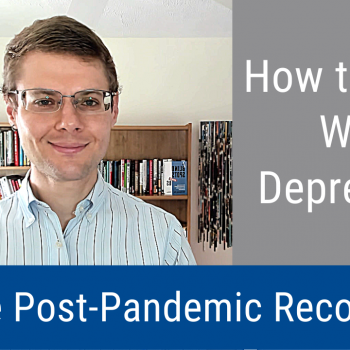 How to Cope With Depression in the Post-Pandemic Recovery (Video and Podcast)
Gleb Tsipursky
Get Patheos Newsletters
Get the latest from Patheos by signing up for our newsletters. Try our 3 most popular, or select from our huge collection of unique and thought-provoking newsletters.
From time to time you will also receive Special Offers from our partners that help us make this content free for you. You can opt out of these offers at any time.
see our full list of newsletters
Editor's picks See all columnists