When my daughter has grown old enough to articulate (what I'm convinced she already secretly believes) that my every parenting decision has been wrong, thoroughly damaging, and clear grounds for lawsuit to cover therapy costs, I will at least be able to explain why I did not raise her to believe in Santa.

This, of course, will take some explaining. In October I attended, at a Pew Forum in Washington, D.C., a discussion between Christopher and Peter Hitchens on whether civilization needs God. Not since the Karamazovs have a set of brothers so well illustrated a fundamental question of religion and society. The first-born Christopher possesses transcendent literary talents and a two-fisted approach to rhetorical combat, and his anti-religious manifesto God Is Not Great has made him into a sort of Martin Luther for atheists. Peter is also a journalist of great eloquence, who converted to Christianity while observing the catastrophic consequences of godless communism. What brings a bitter urgency to their disagreement is not a mysterious patricide, as in Dostoevsky's masterpiece, but the severe esophageal cancer that threatens to devour the elder brother from within.

Like others of the "New Atheists," Christopher finds the claims of faith not merely false but contemptible. Belief in a divine creator who intercedes in human affairs is wrong not only factually but morally: a betrayal of the ideals of reason, an expression of fear and narcissism, and a concession to the kind of fanatical irrationality that has constrained social and scientific advancement and thrown the human race into the slaughterhouse of a wretched and gory history.

Peter rejects this view. While civilization can certainly survive without religious belief (he cited modern Japan), faith in God and striving to surrender human desires to a divinely revealed will serve as powerful reinforcers of the kind of moral framework upon which societies are erected. The decline of Christianity and the rise of atheistic societies have brought about more violence and not less, as individuals, groups, and entire cultures pursue their own interests unconcerned with absolute standards or eternal accountability.

The arguments advanced by Christopher are neither new nor surprising. God Is Not Great is a pastiche of various figures from the philosophes and the Marquis de Sade to Nietzsche, Marx, and Orwell on the nature of religion, the corruptions of the church, and the corrosive influence of faith on the body social and politic. While these men were engaged in the grand exchange of western philosophical discourse, Christopher repeats only one side of the conversation, like a college freshman who returns home from his first philosophy course convinced he has heard objections to faith that no ear hath heard before. If he brings something fresh, it is his constantly updated 21st-century catalogue of history's worst holy hypocrites and vilest religious atrocities.

Here is where the story turns toward Santacide. At the Pew Forum event, in his least articulate and most revealing comment, Christopher said, "I don't want to have to care what you believe." Hitchens is not a philosopher or a scientist who might offer some innovation on the grand arguments for the existence of God. He is a journalist, and his strongest objections are not against God but against the ways in which "God" has been used in human societies. Let God live in the sanctum of your imagination; let God be dead in the public square, where he always makes an appalling mess of things.

In an essay he has recycled in slightly altered form over the years, Hitchens complains of the "moral and aesthetic nightmare of Christmas," and compares Christmas music and decorations to the "official propaganda" that is "inescapable" in a totalitarian state such as North Korea. What is worse, he says, legions of "Christian enthusiasts" insist that the slogans and banners and other Christmalia "must be specifically designated in honor of the birth of the Dear Leader and the authority of the Great Leader." Hitchens apparently believes "the soldiery in the Christmas wars" would be gobsmacked to learn (what my church taught to children) that December 25th was originally the date of a pagan solstice celebration, and that reindeer and pine trees are not native to Palestine. Still, the point is clear: "If the totalitarians cannot bear to abandon their adoration of their various Dear Leaders, can they not at least arrange to hold their ceremonies in private?" 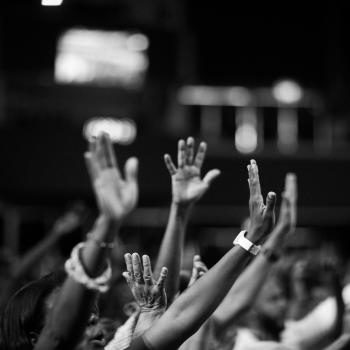 Guest Post: Thoughts on Being a Black, Unmarried Woman in the PCA
Kelley Mathews
4 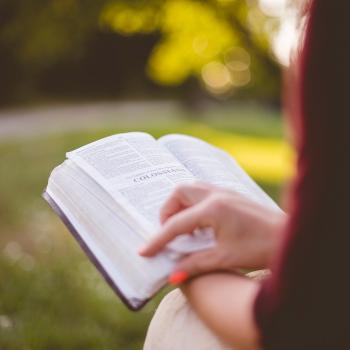 Theology Matters
Matthew Distefano
Get Patheos Newsletters
Get the latest from Patheos by signing up for our newsletters. Try our 3 most popular, or select from our huge collection of unique and thought-provoking newsletters.
From time to time you will also receive Special Offers from our partners that help us make this content free for you. You can opt out of these offers at any time.
see our full list of newsletters
Editor's picks See all columnists