Is Jesus Christ a Myth? Part One 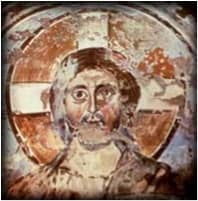 The thesis that Jesus never existed has hovered around the fringes of research into the New Testament for at least a century but it has never been accepted as a mainstream theory. This is for good reason. It is simply a bad hypothesis based on arguments from silence, special pleading, and an awful lot of wishful thinking. It is ironic that certain atheists will buy into this idea and leave all their pretensions of critical thinking behind.

A huge amount has been written on the internet and elsewhere about the "Christ Myth." The only in-depth refutation in print is Shattering the Christ Myth (2008), which goes into great detail. However, some academic historians have taken the time to rubbish the idea that Jesus never existed and a few other books on the subject have appeared over the years.

In this four-part series, it is not my intention to study the minutiae of the various arguments. Instead, I will focus on three central contentions often advanced in discussions about Jesus. These are 1) the lack of secular references, which I cover in this installment; 2) the alleged similarities to paganism, which I deal with next; and 3) the silence of St. Paul. Finally, in the fourth part, I will bring all these arguments together to show how ideas similar to those that deny Jesus' existence can be used on practically any ancient historical figure. With this in mind I set out to "prove" that Hannibal never existed.

People ask why there is no record of Jesus in Roman records. The answer is that there are no surviving Roman records. All we have are highly parochial Roman historians who had little interest in the comings and goings of minor cults and were far more concerned about emperors and kings. Jesus made a very small splash while he was alive and there was no reason for Roman historians to notice him.

Christianity is mentioned by the historian Tacitus in the early 2nd century. But he talks about the religion only because Christians were unfortunate enough to be made scapegoats by the Emperor Nero for the great fire of Rome. Tacitus is interested in the Emperor, not his victims. He only gives us very limited information about Christians and Christ. Still, he does tell us that Jesus existed and was crucified under Pontius Pilate. Christ Mythologists counter the evidence of Tacitus by claiming that he could have got his information from Christians and so is not an independent source. This puts the Christ Mythologists, who seek a non-partisan source, in a very convenient situation. Until Christianity had spread widely, no one except Christians would have taken interest in Jesus. But all later records are ruled out of court insofar as they might have been influenced by Christians. This sort of special pleading is one of the reasons that modern historians have no time for the theory that Jesus was not a real person: the Christ Myth is set up to be impossible to disprove.

In fact, Christian evidence for a human Jesus who was crucified is trustworthy because it runs counter to the myths of the time and suggests that he had suffered a humiliating death. If they had fabricated the mythology, and then suppressed the truth with clinical efficiency, why did they come up with a story that even the Christian apologist Tertullian admitted was absurd? It seems far more likely that they had a large number of historical facts that they had to harmonize into a religion, rather than creating all these difficulties for themselves.

Sometimes Christ Mythologists will produce long lists of writers who make no mention of Jesus—yet none of whom would have had the slightest reason to mention an obscure Jewish miracle worker—and somehow believe this strengthens their point. In fact, it has all the relevance of picking fifty books off your local library shelf and finding that none of them mention Carl Sagan. Does that mean he did not exist? Jesus was not even a failed military leader of the kind that Romans might have noticed, especially if he had been defeated by someone famous.

The only historian whom we might expect to mention Jesus is Josephus, a Jew who wrote a history of his people up to 66 A.D., which is called Jewish Antiquities. In fact, Josephus does mention Jesus twice, and so Christ Mythologists have to devote a lot of attention to attacking the relevant passages. Their job is made easier because Josephus, a Pharisee, probably felt nothing but contempt for Jesus. This meant later Christians tried to "correct" his negative phrasing.