If a business or person wants to say "Merry Christmas," they should do so. If a business or person wants to say "Happy Holidays," they should do so. I find it cowardly of businesses to change from "Merry Christmas" to "Happy Holidays" based on threats from a few angry people (or because of politics). No one should be made to feel as though they cannot say "Merry Christmas" if they wish to do so. The people complaining about it are angry because they feel as though they are being made to hear something they do not want to hear. Their response? To force someone else to stop saying something they might want to say. Childish and hypocritical. I have no problem with someone saying to me, "Happy Hanukkah!" I don't celebrate it but if they do -- great. Have fun! If it makes them feel good to say it to me, no harm done. There are certainly larger issues to get angry about.

I have both Christian and Jewish clients/friends. I listen to complaints from both sides every year. It can get tiring!

Shara Lawrence-Weiss is the owner of Mommy Perks, an online product review and business development site for parents.

I say we should all be "Merry Christmas-ing" everyone, doing a brief respite to wish others a "Happy Hanukkah" and then jumping right back to "Merry Christmas." Others disagree . . . it always makes for interesting conversation but usually doesn't go anywhere, except for this year.

This year's debate jumped out of the confines of polite political conversation and was kicked into high gear and became a local and national "incident." For years, a German "Christmas Village" makes it home at Philadelphia's City Hall during the month of December with a large lighted sign outside of City Hall saying, "Christmas Village."  This year, someone complained to the Managing Director's Office about the sign and the Christmas Village was forced to take down the word "Christmas." For a lot of us who get flak for saying "Merry Christmas" instead of "Happy Holidays" because of possible perceived offenses, this was just another slap in the face.

In any other year I think those of us who found this ridiculous would be angry and grumble but would not have taken the time to call City Hall and raise hell.  Well, this is the year of the Activist, or should I say, "The Tea Party."  All of us who for the last year and half have been protesting in Washington, D.C. and Harrisburg and spending our time learning how to effectively call on elected officials to have our voices heard were pretty much ready for this type of nonsense political correctness.

On Facebook, Twitter, our websites . . . everywhere . . . we posted the number to the Managing Director's office.  I run a group called "The Loyal Opposition," and I contacted almost everyone on my list and asked them to make calls and, after offering a "Merry Christmas," ask the city to put back up the word "Christmas" since it indeed is Christmas. I had friends from across the country who were sympathetic make calls.  The bloggers started raising hell about it.  I called the Managing Director's office and ask for a permit to hold a protest on Broad Street (the main thoroughfare in front of City Hall) during rush hour on a Friday. I told them I was bringing 300 people dressed as Angels all holding "Merry Christmas" signs and a life-sized Nativity.

Well, I never got my permit, but we did manage to get the word "Christmas" put back up, with the Mayor himself coming to a tree lighting event and emphasizing that he was lighting "The Christmas Tree"!  It was a great moment!

Jennifer Stefano is a conservative activist and blogger. Visit her site at http://www.stefanospeaks.com/.

We should say "Merry Christmas." Sigh . . . I understand that everyone goes off about this fight. I realize many feel that it's a religious debate. Okay, where is the line drawn? In my opinion, Halloween is a religious holiday of a religion I do not follow. I stopped celebrating that holiday years ago. I don't go into locations with Halloween decorations and complain that it's offensive to me. I realize it's part of the culture that I do not share. I also realize that many who celebrate Halloween aren't pagan or Wiccan and just because they celebrated the holiday doesn't make them such. However I choose not to. It seems to me that everyone likes to wave the religious tolerance flag, but when it comes to Christianity they lose the same flag. Christmas is a religious holiday, but it is celebrated around the world by many who are not Christians. It's absolutely stupid that we keep having this argument. If I went to Israel I'd expect someone to wish me a Happy Chanukah, and if they did it wouldn't make me go cry in a corner. Why can't we all just get along and stop whining because someone might say something to offend someone else. If someone is so easily offended then just maybe they're the ones with the problem.

Anna Aquino is a novelist and screenwriter based out of Florida. Learn more about her at www.annamaquino.com.

MU: A Love Letter to a Zen Koan
James Ford
3 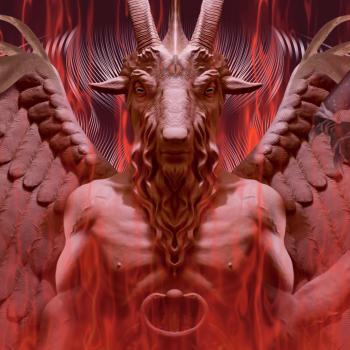 The Death of Charlie Watts, and Sympathy for the Devil
Scott R. Stahlecker
4

“The Starling” when grief and love make a home
Sister Rose
About
Get Patheos Newsletters
Get the latest from Patheos by signing up for our newsletters. Try our 3 most popular, or select from our huge collection of unique and thought-provoking newsletters.
From time to time you will also receive Special Offers from our partners that help us make this content free for you. You can opt out of these offers at any time.
see our full list of newsletters