Nasira is a young traditional Muslim woman. Rochel is a young Orthodox Jewish woman. They both dress modestly, teach at the same diverse city school and both face arranged marriages within their faith community. The movie focuses on the friendship that blossoms between the two women because of all the things they share: they are religious, dress modestly, have strong opinions, have a modern sensibility and refuse to compromise their values to conform to mainstream society.

Though the film is called Arranged, I found the marriage narrative to be more of a setting in which to explore the challenges these women face as religious women in a modern world. We explore these women's lives at a threshold, at a crossroads. If they choose to divert from the path that their families and faiths have set out for them, this is the time in their lives this is most likely to happen. They have entered the workforce, they have the freedom to explore their options, and they are facing increasing pressures from the outside world to change to better fit mainstream society.

Whatever your faith, it is a truism that the least easy path in life is to fully inhabit, embrace and live out the tenets of your faith. I believe that we are born to our faiths, born to our Gods. I understand the idea of the Jews being a chosen people, because I feel born to and chosen by my Gods. When you are born to a faith, you have little choice regarding whether or not you follow it. To be fully yourself you must be the best Jew, Muslim, Christian, or Pagan you can be. To say it is a choice is to say your deepest convictions and most cherished beliefs are the product of a whim.

Arranged illustrates this beautifully. At one point Rochel and Nasira are called into the principal's office. The principal is convinced that the two women are confined by their faith. She expresses concern for "this religious thing" and encourages them to embrace a more mainstream feminist viewpoint. This well-meaning yet offensive "intervention" only serves to cement the women's bond. I think there is a false sense that any woman deeply committed to her faith is somehow not a feminist or is in a subservient and demeaning position because of her faith. I have even encountered this in the Pagan community from those who feel that our faith is all about our choices, and not our relationships and responsibilities. Nasira and Rochel are in what is considered by some to be patriarchal, misogynist and oppressive religious traditions, yet they are smart, empowered, and fully engaged in shaping their futures. Being women of faith does not make them less of a woman; it does make them more thoughtful about their choices in life.

As a Pagan woman, and as a Witch, I really responded to this scene, and even to the process of arranged marriage. I have friend who is a single female Christian. Her number one requirement for a husband is that he is a strong Christian. I understand that, but not many people do. Their faith is not an accessory that they have tossed on at a whim, like a pretty scarf. It is integral to their lives, it is their foundation and it is their joy. In the same way, I have reached a point where I am no longer interested in non-Pagan men. Dating someone to whom you have to explain all your cultural and religious references and traditions is tiring, and the moment when they suggest, or even insist, you hide your religion around their Christian/Jewish/Muslim parents is heartbreaking.

Am I for arranged marriages? Not really. Marriage is important to many Pagan traditions, but lovers are also honored, and at times our view of marriage is very, very different from mainstream religions. Yet I recognize that being part of a religious minority can make dating and marriage difficult. Recently on the Pantheon blog we spoke of the choice to raise children as Pagan.  Watching Arranged made me think about having Pagan daughters and sons. Who would I want their lovers to be? If they married, what would I want for them in a spouse? I would want their partners to treat their bodies as holy, beautiful, and sacred. I would want them to respect their minds, their hearts and to cherish their outspoken uniqueness. I would want them to take pride in my children's spirituality. I would cry if I heard my child's partner deride their beliefs as silly or superstitious, or if they asked my children to be less Pagan, because if my children would be anything like me, then being less Pagan would mean being less themselves.

That was the key message I received from Arranged: that being less faithful to our religious convictions makes us less ourselves, and that people of faith have more in common than we tend to think. Nasira and Rochel have very different religious traditions and cultures. Yet the processes of their hearts are the same. They use different names for their God, they worship in different ways, and they dress in different ways to express their commitment to their faith. Yet when Nasira tells Rochel, "God will show a way," she strikes at a central core belief that transcends any particular religious traditions. While I would say, "the Gods will show a way" and some of my friends would say "Goddess will show a way," it all strikes to the heart of our beliefs: that all that which is Divine is in a positive relationship with us and wants us to fulfill our full potential. 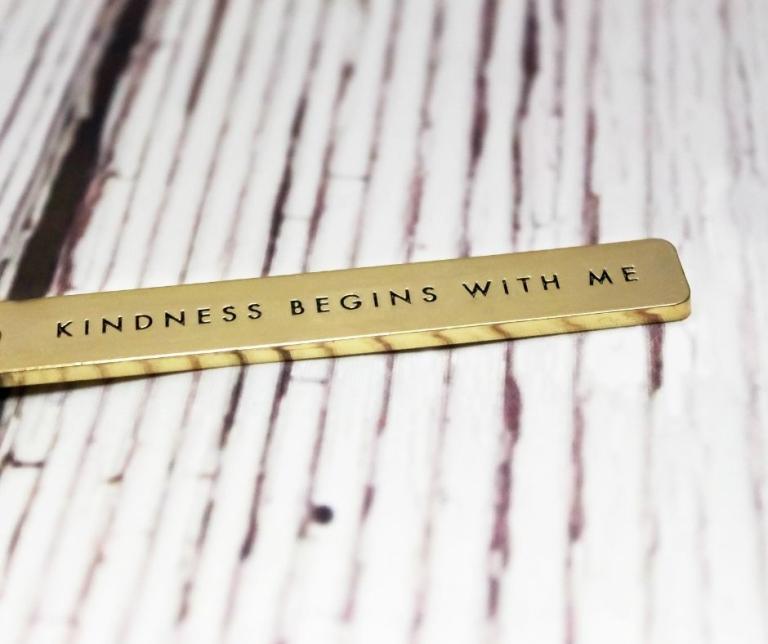 This One Habit Will Be Game-Changing for Others … and Yourself!
Shaunti Feldhahn
3

The Difference Between Emancipation and Liberation
Joey Willis
4

The latest on the building collapse in Florida: Three biblical ways to prepare...
Jim Denison
Get Patheos Newsletters
Get the latest from Patheos by signing up for our newsletters. Try our 3 most popular, or select from our huge collection of unique and thought-provoking newsletters.
From time to time you will also receive Special Offers from our partners that help us make this content free for you. You can opt out of these offers at any time.
see our full list of newsletters
Editor's picks See all columnists