Around this time of year, just about every preacher tells the story of Christmas as revealed in the biblical Gospels. Or at least part of that story, at any rate. Some preachers draw from Matthew's birth narrative with its focus on Joseph and the Magi. Other preachers mine the riches of Luke, which includes the birth of John, Mary's story, the Magnificat, Jesus laid in a manger, shepherds, and angels proclaiming "Peace on earth!"

I understand why, during the seasons of Advent and Christmas, preachers exposit the infancy stories of Matthew and Luke. I have done so myself on numerous occasions. Yet, there is another Christmas story in the Gospels, one that gets far less pulpit time, even though it reveals the wondrous truth of Christmas with clarity and power.

I'm speaking of the Christmas story in the Gospel of John. Yes, there is a story there, even though it's not easily portrayed in a children's Christmas pageant. We don't find a recalcitrant innkeeper in John, but we do have a version of "No room in the inn." We don't have Jesus born in a stable, but he does camp out in a tent. And John doesn't give us heavenly angels proclaiming God's glory, but we do catch a glimpse of glory, the truest and grandest glory of Christmas.

The Christmas story in John begins not with angelic visitors, but with the Word of God active "in the beginning" (Jn. 1:1). Through the Word, God created all things, including life and light. Although we don't have a radiant star in the heavens in this Gospel, we do have the light that shines in the darkness (Jn. 1:5).

In Matthew, "wise men from the East" bore witness to the birth of the Messiah (Mt. 2:1). In Luke, angels and shepherds fulfilled this role (Lk. 1-2). In the fourth Gospel, John (the Baptizer) was sent from God to bear witness to the light that was coming into the world (Jn. 1:6-9).

When this light arrived, he visited his own people. But they rejected him, as if they wore a "No room in the inn" sign upon their hearts (Jn. 1:10-11). Those who welcomed him, however, became children of God as they were (re)born of God (Jn. 1:13). Thus, the miraculous birth celebrated in John includes, not just the Messiah, but also all who believe in him, including you and me.

John 1:14 reveals the heart of John's Christmas story: "And the Word became flesh and lived among us, and we have seen his glory, the glory as of a father's only son, full of grace and truth." The Word of God, active in creation, source of life and light, became human. Is this not the core event of every biblical Christmas account? John writes that the Word "lived among us," using a peculiar Greek verb that means, literally, "pitched a tent." It's likely that this metaphor was a response to the Jewish belief that God's Wisdom/Word came to live in Israel in the "tent" or tabernacle. In John's Christmas story, God's Wisdom/Word does come to earth in a "tent," which is poetic way of referring to the human body of Jesus.

The presence of the Word in human flesh reveals glory, the very glory of God the Father (1:14). This glory is not just radiant light, however. Rather, it is the fullness of God's grace and truth. From this fullness, we have all received "grace upon grace" (1:16). Once again, we are drawn into the Christmas story, not only as those who are reborn as children of God, but also as recipients of God's abundant grace given through the Word made flesh.

The Christmas story in the fourth Gospel ends by acknowledging that no one has ever seen God. But Jesus Christ, the only Son (or the only God; the Greek text is uncertain at this point) has made God known to us. Thus, when we gaze upon Jesus, in a very real sense, we see God.

I suppose John's Christmas story is ignored, in part, because it lacks the human drama of the narratives in Matthew and Luke. To be sure, John doesn't give much to go on for a Christmas play, though I did preach a Christmas Eve sermon one year in which I set up a tent on the chancel, illustrating the Word becoming flesh and "pitching a tent" among us. But I wonder if this Christmas story is ignored because a baby in a manger is more obviously moving than the idea of the Incarnation of God's Word. I can imagine embracing the baby Jesus. It's harder to know how to respond to the truth of the Word made flesh.

But, in fact, at Christmas, there is no deeper truth, no more amazing event, no more transforming moment, no more stunning revelation, no more mind-expanding miracle than the Incarnation of the Word of God. Here is the heart, not only of John's story, but also of Christmas itself. Here is Emmanuel, God with us. The fact of the Incarnation makes possible the salvation offered through Jesus. This truth is a prerequisite for "peace on earth and good will toward men" (Lk. 2:14, KJV).

So, in this time of year, let us continue to preach from the nativity narratives of Matthew and Luke. Yes, let's proclaim the meaning of wise men and angels and shepherds and a manger. Let's delight in the Christmas pageants featuring "No room in the inn." But, every now and then, may we also tell the neglected Christmas story, John's story of the Word Incarnate. In the timeless words of Charles Wesley: 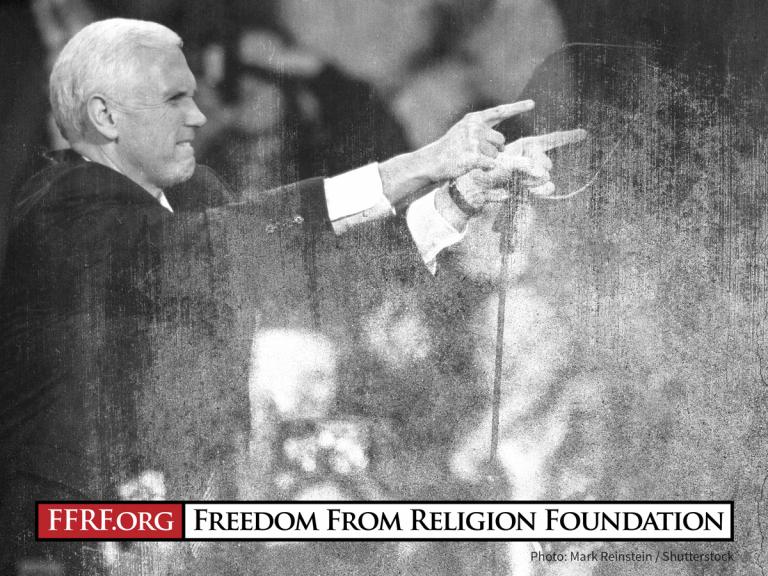 Conserving energy by discarding belief in the self
Camelia Elias
Get Patheos Newsletters
Get the latest from Patheos by signing up for our newsletters. Try our 3 most popular, or select from our huge collection of unique and thought-provoking newsletters.
From time to time you will also receive Special Offers from our partners that help us make this content free for you. You can opt out of these offers at any time.
see our full list of newsletters
Editor's picks See all columnists