Would Jesus Work on Christmas?

No, holding Christmas sacred is less important than holding sacred the values that underlie it. For Christians, love and care for others are the primary values, and so complaints about being forced to debate and vote on legislation over Christmas thus seem specious. Christmas does represent a season in which we elevate our desires for peace on earth and goodwill to humankind, but still, for better or worse, politics is the means by which nations seek those goals.

Of the specific bills being considered this Christmas, the impulse behind the START arms control treaty (supported, incidentally, by the last five Republican Secretaries of State) is to make the world more peaceful for us and for our neighbors. The DREAM act, could be, as Liberty University president Carlos Camp notes, "a reasonable step in confronting the complex issue of how best to deal with the millions of undocumented immigrants who now call America home" justly and with compassion. And 9/11 first responders, as Jon Stewart showed in his final "Daily Show" of the year, await the fate of a bill extending health care benefits and compensation to them and all those ill or injured because they tried to rescue others.

Whether or not these bills are perfect bills (and all legislation represents compromise), they constitute legislation that should be discussed, amended if necessary, and voted up or down, since this is what legislators do.

Although it is the holiday season, we are fighting two costly and devastating wars; Americans are still hungry, sick, being turned out of their homes; our economy has yet to recover from the greatest economic collapse in half a century; those of us who are working, are working harder—including during the holidays.

Jon Stewart argued repeatedly last week that to constantly invoke 9/11 without caring for the people who endured it is political theater (or hypocrisy). It might also be said that invoking the sanctity of Christmas without reckoning that the greatest sacrilege at Christmas is leaving people hungry, desperate, sick, or frightened is, likewise, bankrupt.

Christmas may be a holiday, and for many of us it is a holy day.

But people still got to eat. 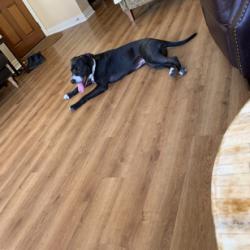 William Lane Craig's Atonement and the Death of Christ-- Part Two
Ben Witherington
Get Patheos Newsletters
Get the latest from Patheos by signing up for our newsletters. Try our 3 most popular, or select from our huge collection of unique and thought-provoking newsletters.
From time to time you will also receive Special Offers from our partners that help us make this content free for you. You can opt out of these offers at any time.
see our full list of newsletters
Editor's picks See all columnists