An Evangelical Graduates from the Mormon Institute Program 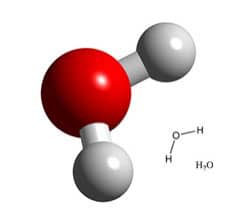 After four years of attendance and participation, David recently graduated from an LDS Institute of Religion.  The odd thing is: David's not Mormon, never has been, and may never be. He is, in fact, a committed Evangelical, and a PhD student in Molecular Biology.  Ben Spackman, one of his Institute teachers, asked him about his inter-religious experience.

(Note: Within the Mormon context, "Institute" refers to church-sponsored religious instruction for students attending colleges, universities, and other postsecondary institutions. For more details, see this entry in the Encyclopedia of Mormonism.)

How did you come to attend an LDS Institute?

A fellow graduate student and lab partner introduced me to the LDS Institute.  He was a member of the campus Singles Ward, which regularly met at the Institute building.  He had previously attended BYU and served as a missionary, and was very open about his faith.  We had several conversations about Mormonism before he invited me to attend an LDS class with him.  I saw the classes as a means of stimulating additional dialogue between the two of us, and we both probably saw it as an opportunity for proselytizing.  I was also genuinely curious about Mormon doctrine and practices, given what I had previously learned about the religion from the evangelical community.

How would you describe your views of Mormons and Mormonism prior to attending Institute and getting to know your Mormon lab partner?

In the beginning, I probably came close to approximating the classic Mormon stereotype of an evangelical‘s perceptions about Mormons and Mormonism.   I saw Mormonism as a cult with false prophets and false doctrine.  I knew Mormons shared a belief in Christ, but I didn't believe they shared much else—including the truth of the Gospel.  I had been taught that we had irreconcilable differences regarding everything from grace and the nature of salvation to the very origin and attributes of God.  The church's early history of polygamy and the practice of secret temple rituals such as baptism for the dead and eternal marriage also fueled the cult perception.

While I disagreed with most of what I believed to be the central tenets of Mormonism, I never presumed Mormons to be disagreeable.  Rather, I assumed they were probably good people with strong family values, as portrayed in the television commercials I saw growing up.  Unfortunately, I didn't personally know any Mormons prior to graduate school.   In high school, an evangelical friend shared with me the strong religious convictions of two Mormon missionaries who were visiting his home.   He also described his frustration in trying to communicate with them the Gospel as we believed it.  The perception we both shared at the time was that as members of a non-Christian cult, Mormons were in need of saving.

How did the Institute teachers react to having a non-Mormon attend regularly?

My first Institute teacher, who was also the Institute director, was extremely welcoming.  As the only non-member in attendance in what were generally small classes, I was encouraged to ask questions about unfamiliar LDS church history or doctrine in what could have otherwise been an uncomfortable environment.   In turn, I was often asked to share my evangelical perspective on different Mormon and Protestant teachings.  I found subsequent instructors equally welcoming and at times eager to have me share my thoughts.   After a couple years of attending Institute classes, I was comfortable enough with the material and fellow students that new teachers often seemed surprised to find out I wasn't LDS.   However, my focus in every class was learning from Mormons and not teaching about Protestantism.   Had I been intent on arguing religious differences, their reaction may have been very different.

What did your family and church friends think during this time?

They were curious if not a little concerned.  My family and friends shared many of my preconceptions about Mormonism and so were initially apprehensive of my involvement.  Had I shown a real interest in joining the church, they would likely have feared for my salvation.  However, as the classes progressed, they saw it as a good learning and outreach opportunity.  They also appreciated the new insight I was gaining from the experience.