I arrived in Deerfield, Illinois in January 1989 to start a Masters of Divinity degree at Trinity Evangelical Divinity School. When I left the Chicago area five years later I was on my way toward becoming an American historian. Very few professional historians find their calling in an evangelical divinity school. I did. God leads people to all kinds of vocations, and he certainly led me to an academic life. But he also uses people. In my case, he used a Trinity church history professor named John D. Woodbridge.

I am writing my column this week from Deerfield. I am back in my old stomping grounds for a special symposium honoring my beloved mentor. For the last several years I worked closely with two other Trinity graduates—Jay Green and Eric Miller—to produce an edited volume of essays that examines the unique calling of the historian and how that calling intersects with Christian faith. The book was published last November with the title Confessing History: Explorations in Christian Faith and the Historian's Vocation. We dedicated the book to John Woodbridge.

I took Woodbridge's church history survey course during my first semester at Trinity. He was the best lecturer I had ever heard. He made the past come alive with entertaining lecture titles such as "Augustine: Pelagius on the Theological Ropes" and "Cyprian: Who's in the Boat." His course opened up a way of thinking about the world that was completely new to me. I decided to take any and every course Woodbridge taught. Soon my spare time was spent thinking about how Francis Schaeffer's evangelical view of history had been informed by a flawed understanding of the Renaissance or how common-sense realism influenced the rise of American evangelicalism. I was writing papers about 18th-century philosopher Jean Jacques Rousseau and pre-Reformation reformer Savanarola.

My second semester at Trinity I sat in Woodbridge's office to talk with him about pursuing a career in history. He was a savvy advisor who understood the academic world. He had studied 18th-century intellectual history in France, turned down a teaching job at the University of Chicago to come to Deerfield and teach divinity students, and taught a regular course in intellectual history at Northwestern University. Most church history professors at evangelical seminaries do not have these kinds of credentials.

During that meeting Woodbridge showed the kind of pastoral concern for me that has become a trademark of his teaching and mentoring. He wanted to make sure that my interest in an academic life was not distracting me from a call to the pastorate or the mission field. He told me that the road to a Ph.D. would not be an easy one. He said that since I did not major in history in college I would need to work twice as hard to make it in this field. He said he would pray for me.

It was not long after I arrived in graduate school to start a Ph.D. program in American history that I realized how well I had been prepared under Woodbridge's tutelage. History, he taught me, was more about competing perceptions of the past than it was about a series of names and dates. He taught me how to read history books with a critical eye, to evaluate arguments based on the way the writer used evidence from the past, and frame my papers in a way that engaged with larger conversations in the field. Whatever fears I had as to whether I could be successful in graduate school with a divinity degree were dispelled quickly. In some ways I was better equipped for the advanced study of history than many of my fellow Ph.D. students.

I saw myself as part of a legacy of former Woodbridge students who went on to become noted historians in their own right. This list of students included the noted evangelical historian Mark Noll, the Columbia University religion professor Randall Balmer, Jonathan Edwards scholar Douglas Sweeney, and Fred Beuttler, the current deputy historian of the House of Representatives. Though at the time I had never met any of these prominent scholars, I wanted to be like them. I felt part of a community of faithful historians who were practicing their craft around the world.

John Woodbridge was, and still is, the embodiment of a Christian scholar and teacher. When we formally presented him with a copy of Confessing History he claimed, with his usual humility, that any success that my co-editors or I may have had in our professional lives could not have come from the fact that we were his students. We must have learned how to write, do historical research, and think Christianly about our vocational task from someone else.

John Woodbridge has been right about a lot of things. But in this case he is dead wrong. 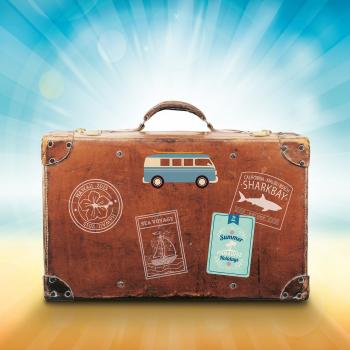 The Miracle of Fatima: A Visit by Mary—or Something Stranger?
Tom Rapsas
3

Common Grace, 2.38
Coyle Neal
Get Patheos Newsletters
Get the latest from Patheos by signing up for our newsletters. Try our 3 most popular, or select from our huge collection of unique and thought-provoking newsletters.
From time to time you will also receive Special Offers from our partners that help us make this content free for you. You can opt out of these offers at any time.
see our full list of newsletters
Editor's picks See all columnists