After Shock: An Interview with Author Kent Annan 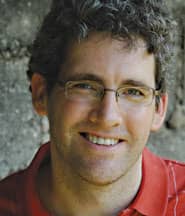 After Shock: Searching For Honest Faith When Your World Is Shaken
By Kent Annan
Available January 2011
From InterVarsity Press

"With every crisis of faith, what we believe is crucified, and then we wait expectantly, whether in defeat or in joyful hope, to see what part of our faith is resurrected." (from After Shock, pg. 128)

"After Shock is one man's scrupulously honest search for God. Although Kent Annan hopes for unshakable faith, he celebrates doubt as part of the process, a necessary part of being alive. There are no easy answers. There may be no answers at all. After Shock is the perfect example of what Rainer Maria Rilke called 'living the questions.' This is a book I will read over and over, for inspiration and for comfort. I loved it."
-Abigail Thomas, author of A Three Dog Life

In the wake of the historic earthquake in the fragile country of Haiti, author and activist Kent Annan considers suffering—from the epic to the everyday - as a problem for faith. Taking courage from the psalmists of old and the company of grieving neighbors, Kent has found that there is solidarity in suffering.  Others have followed life to the edge of meaning and have heard God even there, calling from honest faith.

Annan is co-director of Haiti Partners, a nonprofit focused on education in Haiti. He's worked in Haiti since 2003-living there some of the time and now traveling there regularly from Florida, where he lives with his wife and two children.  In this interview, Kent answers questions about his on-going work in Haiti and the pressing questions that led him to write After Shock.

How did you first come to work in Haiti? What developed your passion for the country?

I moved to Haiti almost eight years ago with my wife. I'd worked with refugees in Europe for a couple of years after college. I came back to the U.S. to study more. I got married. We were deciding what to do next and chose to work in Haiti. As we searched, we found an organization that approached development work in a really respectful way and saw that we could fit into their focus on education there. We lived in Haiti for two-and-a-half years and then I've been traveling back and forth regularly for the past five years.

I have many good friends in Haiti and it's been a privilege to work there. To answer your question: I like the culture. I like the language. I learn from people's hospitality. I hate how many people have to struggle on the edge of survival-and admire how so many do it with dignity in trying circumstances. I admire the strong faith of many people. I'm encouraged about our education work because many people are curious and want to learn more. I like fried chicken with rice and beans-though not so much the boiled plantains. This is just a partial list, but these are some of the ways I feel like I've been able to connect there as a foreigner.

Like anyone involved in Haiti, my heart has been broken during this past year. For the first few months after the earthquake, we were of course working as hard as possible to respond in our way to the needs after the earthquake. The hard work has continued, but after a few months I found that at the same time I needed to write about it too, for the sake of sharing the stories one friend after another in Haiti was experiencing. And for my own sake, needing to work out my own faith-and doubt-in the midst of it. And, hopefully, I was writing in a way that is meaningful to readers in circumstances much different than Haiti-because while not nearly as dramatic or with devastation at such a massive scale, in some ways life can crash down on any of us at any time, whether in a car accident, a cancer diagnosis or something else that causes a crisis of faith. So I wrote the book because these questions were pressing in and felt urgent.

What is the current situation in Haiti? What kind of help is most needed?

The needs were vast before the earthquake-and add to that an earthquake of this magnitude that took so many lives, so much infrastructure. About a million people are still homeless-living in tents and under tarps-many months after the earthquake. People, especially women and children, are vulnerable in many of the tent camps. And the previous challenges are still there: only about one of every two children gets to attend school. Unemployment. Illiteracy. And so on. The big-picture situation-homelessness, an upcoming presidential election, infrastructure, health-is overwhelming. But my colleagues and I have found that when we focus in on what we can do, focus in on hope, that in our small way we've been able to accomplish a lot. We have already rebuilt several schools and rebuilt them better than they were to begin with-now with steel framing, solar panels, laptops for children, more training for teachers. Nothing can make up for all the loss, but since this tragedy happened it seems there needs to be a strong commitment to rebuilding better than it ever was before.