I was fortunate enough to spend some time this past week with Pagan author P. Sufenas Virius Lupus, a scholar, devotee of Antinous, and author of the book The Phillupic Hymns through Bibliotheca Alexandrina and The Syncretisms of Antinous through The Red Lotus Library. He's been doing some fascinating work in reviving the cultus of the God Antinous within contemporary Reconstructionist Paganisms, so I was very happy when he agreed to answer a few questions.

To begin with, please tell me a little bit about yourself and how you came to Paganism.

Many modern Pagans, when asked this, say that they've been spiritual for their entire lives. In my own case, I don't think that's necessarily true; I have been interested in magic and in Egyptian things from my earliest memories in the late ‘70s, and though I had some notions about them, I didn't realize that they could end up "working" beyond the realms of fiction, or had any reality outside of my own very active imagination. I had a mixed background in various Christian churches during my upbringing, as well as a buried ancestry on both sides in Judaism, which was given up formally when my respective ancestors immigrated to the U.S.

In my teenage years, after having an unfortunate multitude of near-death experiences due to various chronic illnesses, and finding that the Catholic Church my mother's family was attending at the time was not adequate to my questions or concerns when I most needed them, I found Joseph Campbell under the good influences of a very dear high school teacher. From my fascination with Arthurian myth, I was lead via Campbell (somewhat inadequately, I might add) into Celtic mythology, and that naturally lead into exploring modern Paganism. I studied various forms of Paganism secretly for a few years, and then began practicing it more fully in my last year of high school and first year of college. Campbell also influenced where I ended up going to undergraduate college (Sarah Lawrence College), and my decision to become a professional academic (for good or ill).

My studies eventually took me around the U.S., to Oxford, and to Ireland. I have gone through periods of doubt and dissatisfaction with Paganism on a number of occasions, particularly as my critical skills developed and I gradually saw that most of what claimed to be "Celtic" was not and had no connection to what can be known with certainty of those cultures. I eventually found a home for myself within several different Reconstructionist movements, which appealed both to my own anti-authoritarian and DIY tendencies, and my intellectual fascinations.

However, I want to emphasize that intellect and research is not enough, nor an end unto itself; it must lead to action, and to devotion, which will (with all luck) lead to direct encounters with the gods. (And then these will lead to shaping one's own devotion more, and to further research, and so on!) Though I am happy to admit my own talents in research, these are nothing without my experiences of the gods and my ongoing devotions; they are the heart of my life and my practice, and they are the things that get me through each day. It's been an ever-expanding, unfolding journey for the last eighteen years, and I'll never cease to be amazed at how unexpected and rich my own travels within modern Paganism have been, and will hopefully continue to be.

You maintain a significant devotion to Antinous. Who was He?

Antinous was a young man of Arcadian/Greek descent from the Roman province of Bithynia, who somehow (we're not sure how) came into the entourage of the Emperor Hadrian (reigned 117-138 C.E.). He appears to have been his youthful lover during Hadrian's tour through the Eastern Empire in c. 128-131, and during their time in Egypt, Hadrian and Antinous hunted a very ferocious lion in the deserts west of Alexandria. A short while later, in late October of 130, Antinous drowned in the Nile. By Egyptian custom of the time, anyone or anything which was submerged in Nile water was "deified," and so Antinous became a god immediately by Egyptian custom.

Hadrian's grief over Antinous's death was considered excessive by the standards of his time, and he not only founded a city in his honor near Hermopolis where Antinous's body was found, but he spread his cultus throughout the Empire, where in many places (particularly Asia Minor and parts of Greece) it was taken up with verve. Antinous was subsequently syncretized to many Greek, Roman, and Egyptian deities, among them Osiris, Dionysos, Hermes, Apollon, Pan, Silvanus, and even the Apis Bull! He was also honored as a hero in many places (including by the Emperor himself in a temple from Socanica, now in Croatia), or was linked to various Greek heroes, like Androklos (the founder of Ephesus). The cultus was celebrated in regular athletic games and artistic competitions in many cities in the Greek East and Egypt, and these continued up to the so-called "triumph" of Christianity in the late 4th century.

The River of Contemplation (Nature and Soul, the Sacred Unity)
Spiritual Naturalist Society
2 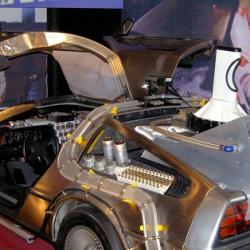 Ever Feel Like Our Timeline is Horked? (LSP #195)
Cassidy McGillicuddy
4

The Bishop of the Resistance
Chris Gehrz
Get Patheos Newsletters
Get the latest from Patheos by signing up for our newsletters. Try our 3 most popular, or select from our huge collection of unique and thought-provoking newsletters.
From time to time you will also receive Special Offers from our partners that help us make this content free for you. You can opt out of these offers at any time.
see our full list of newsletters
Editor's picks See all columnists