Criticisms of the Book of Mormon generally fall into one of two categories: objections to its historical claims on the one hand, and on the other, critiques of its literary style. The two prongs are often combined in a single attack, for instance in the suggestion that the awkward style of the book reflects the naïve voice of an unlettered youngster. For their part, the book's defenders also tend to elide the two categories, arguing that passages of inelegant prose are better understood as latent Hebraisms laboring under English syntax. Most of the time, of course, devout readers of the Book of Mormon simply ignore the book's style altogether.

Grant Hardy, in his new book Understanding the Book of Mormon (Oxford Press, 2010) wants to uncouple the problems of historicity and literary merit. He brackets the first, setting aside the apologetic debates that have dominated Book of Mormon studies over the past four decades. Instead, he turns his attention to the content of the book, and in particular to its peculiar stylistic qualities. On this matter if not an apologist he is nevertheless a bit apologetic, conceding the book's literary deficiencies but pleading on its behalf that, to borrow a Twainism, the Book of Mormon is "better than it sounds" (p. 273).

Hardy seeks to rehabilitate the literary reputation of the Book of Mormon by drawing attention to what he calls its "organizing principle": "the fact that it presents itself as the work of narrators with distinct voices and perspectives" (p. 268). Because the Book of Mormon is structured as the product of three discrete narrative voices—Nephi's, Mormon's, and Moroni's—and because, according to its own internal claims, the three narrative voices work with a variety of earlier sources, the text is always inhabited by at least two minds, Joseph's and, say, Mormon's, and often by three or even four. This textual complexity offers an entrée for a kind of literary analysis that moves beyond the manifest deficiencies of the book's prose style.

As an interpretive strategy, his approach is shown to be stunningly fruitful, though I suspect that a reader as intelligent, attentive, and sensitive as Hardy could fruitfully read the back of a cereal box. Hardy devotes a section of the book to each of the Book of Mormon's three primary narrators, and in so doing he provides a roughly chronological and nearly comprehensive sustained reading of the text. It is a tour de force and I am tempted to call it virtuosic, though occasionally the breadth of achievement is obscured by the thick texture of his very close reading.

But if Hardy has an ambitious exegetical aim—and that bell rings on every page—he also has an important social objective. He offers not only a new reading of the Book of Mormon, but a new way of reading the Book of Mormon; that is, he offers a new discourse that he hopes will charter a new kind of inquiry undertaken by readers of all tribes. As Hardy puts it, he seeks to demonstrate "a mode of literary analysis by which all readers, regardless of their prior religious commitments . . . can discuss the book in useful and accurate ways" (xvii). He seeks, in short, to establish a new interpretive community, blessedly free from the entrenched allegiances that distort other discussions of the Book of Mormon.

For Hardy's bracketing of the historical question is neither caprice nor cowardice, as it often is in defensive treatments of the Book of Mormon, but rather a legitimate sequel to his hermeneutic approach. Hardy enters the text by way of the motivations, personalities, and perceptions of its narrators, and therein lies his justification for avoiding, at least temporarily, the historical questions and the epistemological commitments they entail. Whether one regards the Book of Mormon as 19th-century folk pulp or as the authentic translation of an ancient document, one can attend to the text's self-presentation as the work of three narrators—Nephi, Mormon, and Moroni or "Nephi," "Mormon," and "Moroni"—and thus read the text narratologically. "After all," Hardy reminds us, "narrative is a mode of communication employed by both historians and novelists" (xvi). 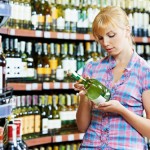 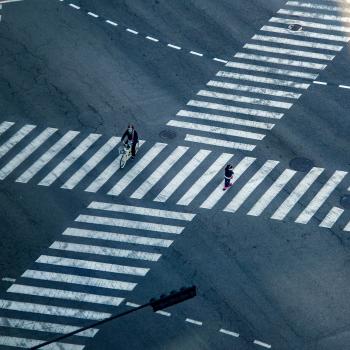 Why I Use Accordance Every Day: Part 5 (Accordance Mobile App)
Nijay Gupta
4 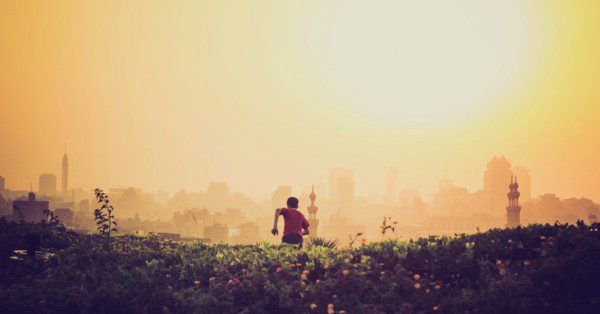 Congratulations to Harry and Meghan for Escaping the Royal "Trap"
Roger E. Olson
Get Patheos Newsletters
Get the latest from Patheos by signing up for our newsletters. Try our 3 most popular, or select from our huge collection of unique and thought-provoking newsletters.
From time to time you will also receive Special Offers from our partners that help us make this content free for you. You can opt out of these offers at any time.
see our full list of newsletters
Editor's picks See all columnists