President Obama came in for almost universal criticism after his State of the Union address last Tuesday: either the speech was "vague," "flat," "workmanlike but uninspired," or it "pandered to his base" while "pandering to the Tea Party movement" and yet drawing solely on the "failed Keynesianism" of the past century as it ignored our "real problems."

All of these things may be true. The criticism has become more biting in recent months; the president has largely outrun his benefit-of-the-doubt honeymoon with erstwhile supporters and a sympathetic press. But I have felt increasingly sad for this president in the past year, as our tribulations mount and it becomes increasingly clear that he is out of ideas. The growing sense that he represents a destructive way of thinking—a way that will diminish the quality of our American lives as the world destabilizes around us—is assuredly of electoral interest for 2012, but it is hardly an intellectual triumph.

What this realization should be is a form of enlightenment for us about the brittleness of our civilization's choices. Barack Obama is the quintessential product of modern Western culture: credentialed, polished, connected, and inculcated with a belief in government solutions for everything. He came to the job of president as exactly what our culture has demanded that our leaders be. In electing him in 2008, Americans were not just electing a man, they were endorsing an idea.

It's this idea that now crouches before us, bankrupt, menacing, and out of control. Almost everyone in the West, and many in the developing world, has bought into some elements of the idea. What it boils down to is a hubristic notion that we have the knowledge and wisdom to organize our fellow men for a collective "good" that we define. Ancient emperors of the pagan world used to operate on this principle; the divine-right monarchs of Europe did so, as have Marxist revolutionaries, fascists, and autocratic rulers in the Islamic world.

But the modern West too has bought into this idea, hook, line, and sinker. We demonstrate our fealty to it whenever we speak in complacent accents of government, operating on some organizing principle, "creating jobs" for us, saving us from poverty and death, preventing all forms of injustice, saving the planet, or properly allocating "society's resources."

Other peoples have paid the price of government-worship more visibly and summarily than we have. But the monstrous debt staring down the world's advanced nations is part of the price we are paying, and it is an inevitable result of our decision to give over so much of our lives to secular, material collectivism. Collectivist schemes produce only debt, resentment, discouragement, and want because they put humans and human ideas in the place of God.

God can use us to create jobs, but we cannot use each other for that purpose. God can use us to rescue our fellow men from distress and despair, but we cannot use each other to do that. God can redress injustice when it is done to us; sometimes He even prevents it before it happens. But we cannot order and control each other to avert all possible forms of injustice. Nor do we exert any control over earthquakes, tsunamis, volcanoes, the energy of the sun, the orbit of the moon, the path of the Milky Way through the cosmos, or the development of living species on earth. Indeed, what we understand about these phenomena is still far outstripped by what we cannot even usefully observe or identify.

The natural outcome of believing we can guarantee things that only God has control over is, precisely, the "unsustainability" we all talk about today in relation to government activism. When we take it on ourselves to guarantee results, we begin writing check after check we have no way of cashing. Many a burned-out boss and harried parent has learned the hard way that he or she literally cannot foresee, manage, direct, control, avert, prohibit, or guarantee everything related to a work place or a family's life. Once other humans—and the vicissitudes of nature—enter the picture, there is much we simply do not control.

The urge to form a collective and try to control human results is a very old one, however, recurring throughout the Old Testament and secular history. And in every incarnation it is doomed to painful failure. When our first recourse is to each other, we resort to the same things every time: envy, theft, resentment, anger, demonization, punitive taxation, regulation, rent-seeking, collusion, cronyism, and war. It is only when each of us, individually, turns his eyes and mind to God before all else that we begin to see a yield of charity, tolerance, respect, large-mindedness, and peace.

Barack Obama didn't start our civilization on its current path. In a sense, as I have noted in other writings, he is the one left holding the bag as the civilization that produced him is confronted with the bankruptcy of its bad ideas. He knows only how to tax, spend, regulate, and discuss taxation, spending, and regulation, because that is what our civilization has given itself over to. We have put government policy and government programs in the place of God, and until we get our own minds and hearts right on that score, we might as well be up there at the podium with the president, suffering the slings and arrows of unkind reviews and public criticism. 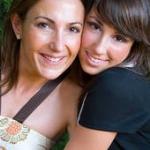 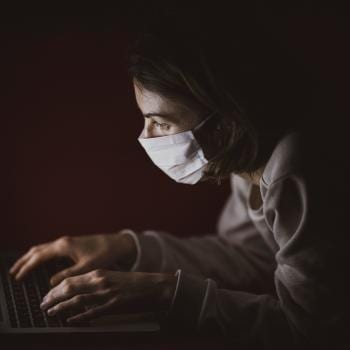 The Search for Truth, Freedom, and Safety
Anna Pepperling
3

John Paul II, Benedict XVI and Francis All Did Ashes on the Crown
Matthew Schneider
4 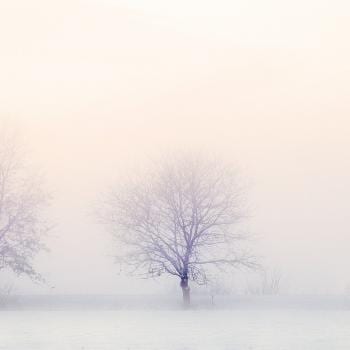 Otherfaith Winter Traditions
Aine Llewellyn
Get Patheos Newsletters
Get the latest from Patheos by signing up for our newsletters. Try our 3 most popular, or select from our huge collection of unique and thought-provoking newsletters.
From time to time you will also receive Special Offers from our partners that help us make this content free for you. You can opt out of these offers at any time.
see our full list of newsletters
Editor's picks See all columnists