Editor's Note: The following is an edited transcript of a podcast in the Veritas Riff series. For more information on the series, and for other installments, go to veritasriff.org. 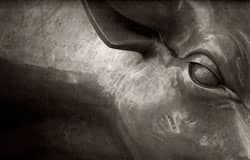 The Veritas Riff is a group of friends who combine deep faith with world-class expertise. In subjects ranging from politics, science, culture, business, medicine, and more, they offer their informal take on the big questions facing us all. I'm the host of Veritas Riff, Curtis Chang.

In 2008, the sub-prime mortgage crisis prompted a massive government bailout, which at the time was projected to cost over $700 billion. While the actual price tag remains to be tabulated, and most likely will be lower, it will undoubtedly be the most expensive government bailout in history. What the spreadsheets aren't going to capture, however, is the long-term impact on culture. Or it may be that the real long-term impact of this massive government action is how it will, perhaps subtly, alter the mix of values, expectations, and accepted practices of all Americans. Today, we are asking the question, What is the cultural cost of the bailout economy?

I am speaking now with David Skeel, Professor of Corporate Law at the University of Pennsylvania Law School. David is one of the nation's leading experts on corporate behavior and debt and has published extensively on the bailouts and their impact, including his just-released book, The New Financial Deal, now the definitive book on the legislative response to the financial meltdown.

Can you give us a review of the "the bailout" and when it began?

Then later in 2008, we had a string of subsequent bailouts. Fannie Mae and Freddie Mac, the big government-sponsored housing entities, were bailed out and taken over by the government. AIG, a giant insurance company, was bailed out. Really, in a sense, the entire banking system was bailed out because Congress passed $700 billion legislation—now usually referred to as the TARP legislation—which was used to fund the whole banking industry when it was in trouble.

So, in 2008 we shifted from a world where bailouts seemed unusual and unlikely to one where bailouts became not only common but even the expectation.

Prior to 2008, what was the expectation if I'm a business that can't pay my bills?

Traditionally, the expectation would be that you would bear the full responsibility of your inability to meet your obligations. Now, in this country we have never taken the view that there should be no help for someone in those circumstances. For well over 100 years, we have had bankruptcy rules that if you have a viable business, a business worth preserving that has a meaningful ongoing value, you could restructure that business through bankruptcy and preserve the business. So your business doesn't simply collapse if you can't meet your obligations. There has always been the possibility of a fresh start. But that fresh start has always had, as a core component, bearing the consequences and the responsibility for the predicament you're in. Yet a complete bailout really removes the responsibility from the institution or the individual.

In bankruptcy, isn't there also an orderly, well-considered process for how the pain gets distributed? How does that happen in bailouts?

In Bear Stearns, all of its creditors were made whole. They did not bear any of the consequences of Bear Stearns' failure.