Egypt Can Learn from Survivors

How do the powerless overcome the powerful? Sometimes it is a very basic story. Young David killed the imposing Goliath with no armor and a slingshot. The clergy sex abuse movement started with less, as has the Egyptian movement for democracy. Yet, both show signs of success.

The survivors of clergy sex abuse, especially those from the Catholic Church, have forced an arrogant religious hierarchy to be more accountable and liable. They have dragged the bishops' callous actions and attitudes into the glare of a public spotlight; filed personally painful lawsuits that resulted in the disclosure of an increasing mountain of incriminating information and forced the bishops to pay for the harm they caused; and they have worked tirelessly against all odds.

Here are their three most potent weapons: 1) the internet; 2) their bravery; and 3) their tenacity.

The internet has been a critical tool for survivors to find each other. When an adult sexually abuses a child, it is usually accompanied by threats against disclosure, so a sex abuse survivor can be the loneliest person in the world. When a few began to tell their stories in public, others chimed in, groups like SNAP and Link-Up were formed, and individual suffering became a uniting rather than a dividing force.

The internet was crucial for the movement, because victims were spread across the United States (and we now know around the world). Not only did it assist with bringing the victims together, but it also made it possible for everyone to have access to the blockbuster files from within the bishops' "secret archives," and to reports like the Philadelphia Grand Jury Report on clergy abuse in the Philadelphia Archdiocese. No one needed to leave their living room to become fully educated. The gathering information spurred Anne Barrett Doyle and Terence McKiernan to form www.bishopaccountability.org, which now houses a remarkable trove of hard information on the cover up.

The clergy abuse warriors also have had to be brave against a condescending, wily, and aggressive enemy. The bishops tried to transform the victims into the Church's oppressors. They charged that any victim who filed a lawsuit was just "money-hungry." They then worked to triangulate the parishioners against the victims by telling the parishioners that the victims were intent on destroying their parish and dismantling the Church. They have offered the bare minimum in counseling to those they victimized, as though the lifelong problems suffered by child sex abuse victims were not their fault. Of course, they did not bother to disclose their extreme wealth unless required by court order. It is anathema to them to publicly admit that United States dioceses own vast real estate holdings unrelated to religious use, like office buildings, hotels, and empty lots. The victims have had to learn to accept re-victimization as part of the process.

Finally, their sheer tenacity has been an absolute necessity. Every time the bishops have held a meeting at which they have conferred and then announced "new" initiatives to redress their clergy sex abuse problem, the obvious intent has been to sweep as much as possible back under the rug.

Irrationally, but heroically, stubborn survivors have refused to accept their half-measures as enough. They have missed work, family gatherings, and an infinite number of hours of sleep laboring for this one just cause.

These same, basic tools have helped and will help those laboring for democracy in Egypt.

Tyrants, like Hosni Mubarak, have every reason to dislike the internet, with its facility for bringing together groups previously disabled by individual cells of silence. That is why Mubarak shut it down as soon as the protesters appeared at Tahrir Square. In a culture like Egypt, where the values of free speech and a free press are not honored by the regime, the internet is critical. By the time Mubarak reacted, it was too late to prevent its utility in fostering a community of opponents.

Every revolution requires bravery, but it comes in different packages. George Washington, who led the United States' Revolutionary War effort against all odds, was the bravest man of his generation. But that is not the bravery at work in Egypt or against the Catholic bishops. In the case of the Egyptian protesters, like the clergy abuse survivors, individual acts of bravery have created a sum greater than its parts. Both are a wide-scale movement of loosely organized individuals, not a military operation.

The Mubarak government keeps throwing bones to the protesters, much like the bishops have tried to mollify their victims with less than impressive reforms. It is rumored that one huge concession is a promise of a free press. But if they look to the clergy abuse movement, the Egyptians will see that tenaciously holding Tahrir Square until they have achieved all of their goals is worthwhile.

With the internet, a free press, and their own mettle, Egypt's Davids may well slay their Goliath. This may seem like an overly simplistic assessment of a complex political situation. Sometimes, though, complexity is nothing but a distraction from the truth.

"Revelation may come in the laboratory, out of the test tube"
Dan Peterson
2

Karma and The Judgement: What's Not to Like?
Scott R. Stahlecker
3 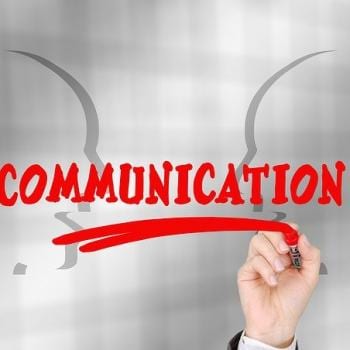 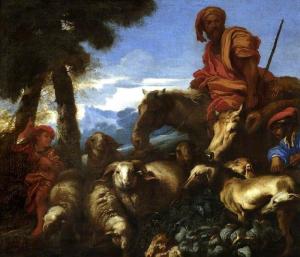 What Sort of God? The Peripatetic Preacher (2nd Sunday in Lent February 28,...
John C Holbert
Get Patheos Newsletters
Get the latest from Patheos by signing up for our newsletters. Try our 3 most popular, or select from our huge collection of unique and thought-provoking newsletters.
From time to time you will also receive Special Offers from our partners that help us make this content free for you. You can opt out of these offers at any time.
see our full list of newsletters
Editor's picks See all columnists