A few years ago, I began hearing vague references to a Reconstructionist Paganism that focused on the Canaanite and Phoenician Deities, those that predated Judaism significantly and shared their world with Roman Paganism, Kemetic Religion, and the original worship of the Greek Olympiad. It delights me, always, to learn of polytheistic ancestral ways being restored and reborn so I tucked this tidbit of information away, making a point to mention it whenever I discussed contemporary Paganisms with scholars and keeping a keen eye out for more information.

Despite my curiosity, I never had the good fortune to meet a practitioner, nor was I able to find more than the barest fragments of information. Then in 2009, the first book on Canaanite Paganism was published by Tess Dawson. That book, Whisper of Stone, led me to the realization that this religion, Natib Qadish, was far richer and much more complex than I had ever expected. In time I made the acquaintance of several Hellenistai and, in the way these things so often work, through them had the pleasure of meeting Tess. The result is this interview.

I believe that Tess is doing radically important work within the body of contemporary Paganisms. There were once thriving, fertile, devout, deeply spiritual, and very fulfilling religions in the ancient world, including throughout the eastern coastal areas of the Mediterranean from southern Syria, through Lebanon and the western tip of Jordan as well as the lands that we now call Israel and Palestine. Religion in these lands did not begin with Judaism or Islam or Christianity. In fact, long before today's dominant monotheisms shed blood and battled over ideology and territory, the followers of these other indigenous religions lived relatively peacefully honoring their Gods and building their civilizations.

Of all the Pagan religions attacked and destroyed by monotheism, I think perhaps Canaanite Paganism has fared the worst. What most of us know of this faith comes from the Bible: the victory song of the ancient Hebrews over their neighbors. We've grown up in a culture where the Gods of our forebears were demonized, denied the legitimacy of authentic belief, and incorrectly relegated to the category of cultural perversion. With her ground breaking work Whisper of Stone, Tess Dawson has taken a bold and necessary step in reclaiming one of those traditions.

I had the pleasure of recently interviewing Tess. This interview was completed via email on January 21, 2011.

First, thank you for taking the time to answer some of my questions. I'm impressed with the work that you're doing. You've written what is to my knowledge, the first book on the reconstruction of Canaanite Paganism. Can you tell me a little bit about Whisper of Stone?

I wanted a Canaanite Paganism 101 for the modern practitioner. I yearned for such a source, but I knew that if I wanted one I had better write it since I didn't know of anyone who was taking on such a task. I also felt that if I needed such a source, surely there were others who would benefit from it; why should they have to reinvent the wheel? Having this source would give them a foundation on which to begin their studies, and to begin practicing Canaanite religion much more quickly than gleaning and assembling precious tidbits from multiple academic sources; such a process takes years when beginning from scratch, and I would know. Whisper took me seven years of research and writing.

What drew you to this tradition? What does its practice entail?

I had floundered for a while uncomfortably with the Wiccan and largely Northern European Pagan mélange that surrounded me. I felt out of place. I constantly had a sense of the divine, but I wanted a deeper connection with the deities than what I had experienced through Wicca or the eclectic European-based Pagan ways available to me. I prayed often, calling out to the divine, but at one point in my life I nearly became agnostic and almost gave up on a personal relationship with the divine. 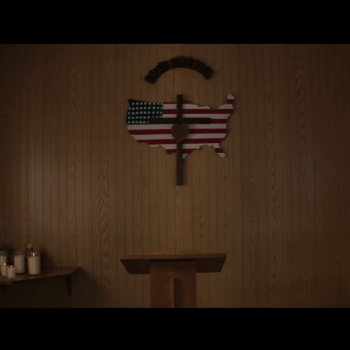 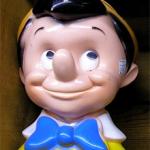 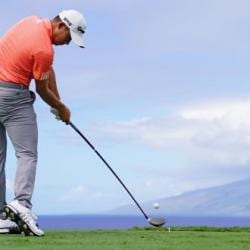 Colin Morikawa Wins Workday Championship
Kermit Zarley
Get Patheos Newsletters
Get the latest from Patheos by signing up for our newsletters. Try our 3 most popular, or select from our huge collection of unique and thought-provoking newsletters.
From time to time you will also receive Special Offers from our partners that help us make this content free for you. You can opt out of these offers at any time.
see our full list of newsletters
Editor's picks See all columnists