Two events converged this past week. One involved the rocket-like trajectory of popular commentary on the new book by Kay Hymowitz, Manning Up: How the Rise of Women Has Turned Men into Boys. From the Wall Street Journal to Pajamas Media, writers were writing and readers were venting.

The other event was a very local one. You won't have heard about it unless you live in the "Inland Empire" of southern California. It happened shortly after midnight on February 23rd, a few miles from my home. A young man left a party in a pickup truck he had casually stolen off the street, ran a stop sign, and changed the course of a dozen lives, including his own. The police estimate he was going 60 miles an hour. I know the intersection; it's in a residential area where drivers usually go 25 mph because there's a stop sign at every other corner.

A friend was with him in the truck. As they blasted into the intersection, they hit another truck with so much force that both vehicles spun and rolled and skidded into the front yard of a home. The driver of the second truck, 44-year-old Luciano Cervantes, was killed instantly. His wife and three children were trapped in the truck and had to be extracted by an emergency crew; Luciano and his wife had been taking their children to stay with friends so they could go to their nighttime job cleaning a theater.

The friend in the stolen truck was thrown from the cab. Witnesses saw the driver crouching over him, desperately calling "Chris! Chris!" Unresponsive, Chris died later in the ambulance on the way to the hospital. The driver fled on foot; a nurse who lives nearby, rushing to the wrecked vehicles, heard him shout "Oh, God!" and saw him limp off into the night.

He was arrested hours later when the police found him in the garage of Chris's home. He had to be treated for injuries after he deliberately bashed his head on the squad car while he was being handcuffed. Alcohol may have been involved.

The Los Angeles news affiliates had video footage of Luciano Cervantes' grieving family. In his photo, he looks like a man any of us might know: stalwart, honest, approaching middle age with a twinkle in his eye. His youngest daughter, whom he called "Little Princess," hasn't quite accepted that he is gone. "He's in heaven," the family tells her. His sister, choking back tears, acted as family spokeswoman with the local media. "He was such a good father, you know? A good brother. We all depended on him. Things happen for a reason, you know, but I just . . . I don't know." His wife asked for privacy as they recovered from shock and injury.

Their lives will never be the same. And the 25-year-old driver, who was leaving a party—and doing, without a thought, what so many young men do every day—will have the deaths of two of his fellow men on his conscience for the rest of his life. The lives of his family, and the family of his friend Chris, are shattered.

In the face of these unparsable human realities, it seems particularly hollow and inadequate to speak of "manning up." I have known all these men. I have worked with the loving husbands and fathers who had good things—important things—to live for and defend; supervised the heedless young men doing their best to ruin their lives; counseled their hapless friends who were, for better or worse, along for the ride. These human archetypes were here before we started saying "man up" and they'll be here long after we have ceased using the next dozen popular expressions. "Man up," as an admonition, has a kernel of logic and common sense to it, but it isn't an answer to the abject need for grace.

"Man up" becomes an excuse for the sexes to complain about each other. As with many modern mantras, it wants to produce the effect of godliness—wise and responsible men—without involving God. Harnessing the urgent power of young men is something God has provided for, and it does require noble ideas of masculinity and noble examples. But the best ideas and role models can be no match for our stupid, ugly urges at the point of decision. And they can't always defend us when the urges of others put menace in our path without warning.

The concern that modern social developments and political movements have served to devalue men is valid. But there is no human sociopolitical remedy for this—or any self-administered psychological remedy, for that matter. The truth is that neither masculinity, femininity, nor humanity is an end in itself, something that can magically right the world if only we find the formula to produce it. We write our little prescriptions for life—for "men" and "women," success and failure—but in the end, we cannot account for why Luciano Cervantes is lost to his beloved family and a young 25-year-old now staggers under a burden of shame and guilt he cannot possibly bear.

There are, in the end, only grace and God. 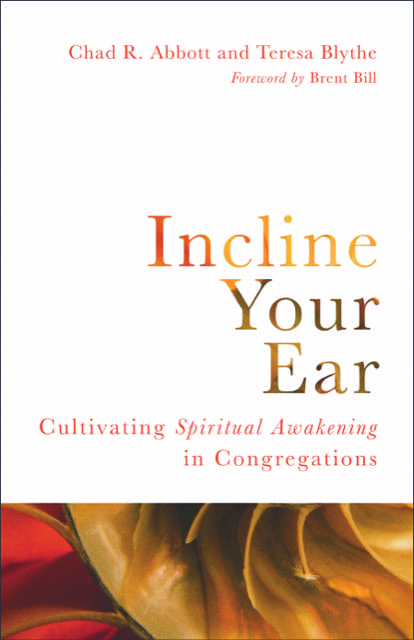 Inclining our Ear Toward God: Listening As A Church
Teresa Blythe
4

The Problem with Preachers
Karl Forehand
Get Patheos Newsletters
Get the latest from Patheos by signing up for our newsletters. Try our 3 most popular, or select from our huge collection of unique and thought-provoking newsletters.
From time to time you will also receive Special Offers from our partners that help us make this content free for you. You can opt out of these offers at any time.
see our full list of newsletters
Editor's picks See all columnists