Temple Festivals
If we look carefully at the structure of John, a very interesting pattern emerges. Most of the miracles and sermons of Jesus are correlated with Jewish temple festivals. I'll discuss the details as my explorations continue, but at this point we should note the basic pattern that we will see emerging. John presents Jesus' ministry revolving around six Jewish temple festivals:

One notes quickly here that other than in chapter 4, where Jesus interacts with Samaritans and gentiles, all of Jesus' major miracles and sermons are associated with a specific temple festival. The basic pattern in most of these sections is: feast-miracle-discourse. Now this may be nothing more than saying it was spring-time or summer-time, since the Jewish time-keeping was built around these festivals. But many scholars see a relationship between the meaning of a temple festival in first-century Judaism, and the theme of Jesus' related discourse. An understanding of the theological and symbolic meaning of the temple festival thus creates the thematic background for understanding Jesus' teaching.

The Importance of the Temple
Most modern readers have only a vague idea about the central importance of the temple in first century Jewish life, but its significance cannot be overstated. It was the center of spiritual, legal, cultural, economic, judicial and political life of first century Jews. In purely practical terms, the temple was the place for sacrifices and offerings, where priests—representing all Israel—would offer to the Yhwh a complex series of blood sacrifices and offerings of bread, wine, fruit and incense. The precise nature and timing of these offerings was spelled out in some detail in the Hebrew Bible. However, the temple was also a site of pilgrimage, prayer, and study for all Jews, and, as we shall see, Jesus does much of his teaching in the temple. Most importantly, the temple was viewed as the place where God could manifest himself to his people, and where—in the person of the High Priest—all Israel could come before Yhwh on the Day of Atonement to repent of their sins and renew their covenant with Yhwh.

It is important to realize that most English translations obscure a fundamental distinction in the Greek technical terminology of the temple. There are two Greek words in the New Testament that are generally translated simply as "temple": hieros and naos. The term hieros referred to the entire temple plaza, with all its courtyards and colonnades, which is essentially the same area as the modern Muslim Haram al-Sharīf ("Noble Sanctuary"). The term naos referred specifically to the central sanctuary building which only the priests could enter, and would be more or less the area of the modern Dome of the Rock (see photo). Throughout the New Testament, whenever Jesus or his disciples go to the temple, they always go to the hieros. On the other hand, when the priest Zacharias enters the temple to burn incense, he enters the naos (Lk. 1:9, 21-22). When discussing the temple, I will translate naos as "sanctuary, " and hieros as "temple."

Did the Temple Need to be Purified?

We read in the second half of John 2 that Jesus purified the temple. Jesus was not alone in his belief that the temple had become corrupted and needed purification and reformation. Indeed, the need for the rectification of the temple was a fundamental theme throughout Israelite history, stretching back to the great prophets and the reforms of Hezekiah and Josiah in the Hebrew Bible. According to Ezekiel and Jeremiah, the corruption of the temple in the early sixth century was so profound that the presence/Glory of Yhwh had departed from the temple (Ezek. 11:23, 44:4), leaving it desacralized and ripe for destruction by the Babylonians. Jesus and many other first-century Jews viewed the problem of the corruption of the temple in precisely the same way: a fundamental threat to the existence of Israel.

What were some of the objections of first-century Jews to the Temple?First, we need to emphasize that no first-century Jew believed the temple had become superfluous, and should simply be closed down—and there is no reason to think that Jesus believed this either (but see Jn. 4:21-24, to be discussed later). After all, he called the temple "my Father's House, " and Christians continued to offer sacrifice and worship in the temple for nearly four decades following the death of Jesus, until the temple was destroyed by the Romans in 70 CE. A major issue was the question of the legitimacy of the High Priests, who were often viewed as cronies and puppets of the Romans who had obtained their office through bribery. Another concern was financial corruption, that the priests were using their spiritual office to enrich themselves and their friends, while oppressing the poor to obtain riches. Many also disputed the details of the proper timing, practice and meaning of the sacrificial rites. Given the tension between Jesus and the High Priestly establishment, it is likely that Jesus agreed with many of these issues. In the immediate context of Christ's purification in John 2, however, two specific problems are mentioned: animal sellers and money-changers. 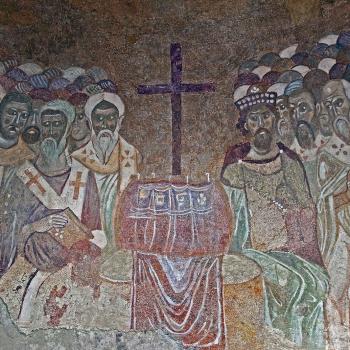 Proclaiming The Mysteries Of The Faith
Henry Karlson
2

Muhammad Ali & The Beatles - A Lesson About Greatness
Frank Viola
4 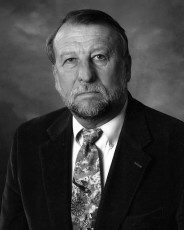 Three Deaths
Dan Peterson
Get Patheos Newsletters
Get the latest from Patheos by signing up for our newsletters. Try our 3 most popular, or select from our huge collection of unique and thought-provoking newsletters.
From time to time you will also receive Special Offers from our partners that help us make this content free for you. You can opt out of these offers at any time.
see our full list of newsletters
Editor's picks See all columnists