The state legislature of Oregon is debating a real step forward for human rights for their constituents: removing the special legal protection that shields faith healing parents from charges of homicide after the preventable death of their children. There is widespread support from the public, state prosecutors, and legislators for House Bill 2721. Clackamas County District Attorney, John Foote, said the measure will "make it easier to hold parents accountable who don't protect their children."

According to the Oregonian, Oregon "is the only state that provides immunity from prosecution for murder by neglect and first-degree manslaughter to those who provide care or treatment to minors 'solely by spiritual means pursuant to (their) religious beliefs.'" This is likely because any measure designed to protect children has, in the past, faced serious opposition from groups that encourage faith healing like Christian Scientists. This article of faith has caused dozens of preventable deaths in the last twenty years in the state of Oregon alone, and in a Pediatrics article, "Child fatalities from religion motivated medical neglect," authors Asser and Swan found 172 U.S. deaths of children when medical care was withheld on religious grounds.

Since the 1974 Child Abuse Prevention and Treatment Act, thirty-one states added provisions to their state law giving religious families legal exemption from prosecution if their children become ill due to a religious refusal to seek medical treatment on the part of the parents. This applies to cases of child abuse and neglect, and with the exception of Oregon, does not also cover death of the child. Whether or not such neglect leads to death, this too common practice is an affront to our modern standards of decency and puts children all across America at risk for debilitating problems that could be easily treated.

Faith healing and intercessory prayer is never an adequate substitute for proper medical treatment. Today, replicable studies prove that prayer isn't a valid alternative to proper medical care. The landmark 2006 Study of the Therapeutic Effects of Intercessory Prayer investigated claims that prayer encourages positive outcomes for hospital patients and those receiving medical care. Over 1800 patients were split into different groups in a rigorous, double-blind study led by Harvard professor Herbert Benson. While there was no statistical difference in outcome between those prayed for and those not prayed for, interestingly, some of those informed they were being prayed for fared significantly worse in terms of recovery. Some speculate this was due to a kind of performance anxiety. It's also possible that those who are relying on the prayers of others are less aggressive in their pursuit of medical interventions.

Perhaps the most heartbreaking case of this faith "healing" procedure is that of Ava Worthington. Barely a year old, Ava contracted bronchial pneumonia, a condition that is well within treatable limits for modern medicine. Nevertheless, Ava's parents refused to seek medical attention, instead deigning to anoint her head with oil, encouraging a regimen of fasting and laying on of hands, and, of course, a great deal of prayer. They testified in the eventual trial for their daughter's death that they were convinced the treatment was working "right up until" Ava died. Even after her death they refused to call 911, when an emergency team might have been able to resuscitate her.

Why do we continue to allow the deaths of more children like Ava Worthington? Our society's culture of inquiry has fostered great achievements, particularly in the realm of science and medicine. No child should be forced to suffer for the beliefs of her or his parents, but these tragedies are uniquely agonizing because the children could have been saved.

The death of Ava Worthington is a wakeup call for all Oregonians to act and protect the helpless among them. Religious parents should not be allowed to escape prosecution for the preventable deaths of their children. By removing existing protections for religious communities, Oregon will ensure the safety of countless children, currently forced to suffer alone within their very families.

On a national stage what's needed is a reversal of the provisions in the Child Abuse Prevention and Treatment Act that allow states to decide whether or not to exempt child abuse cases based on the religion of the parents. Religion is never an excuse for abuse. 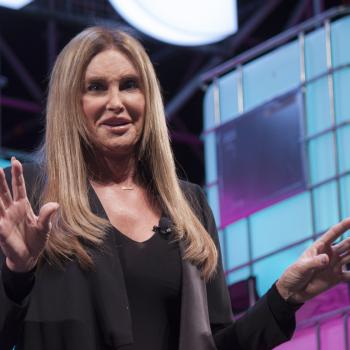 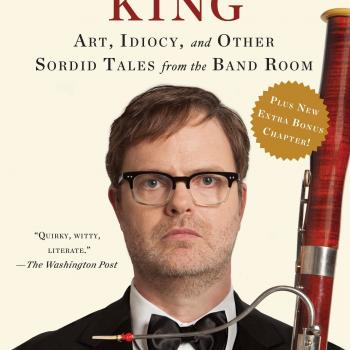 Just a reminder, All is Real
Sherry Antonetti
Get Patheos Newsletters
Get the latest from Patheos by signing up for our newsletters. Try our 3 most popular, or select from our huge collection of unique and thought-provoking newsletters.
From time to time you will also receive Special Offers from our partners that help us make this content free for you. You can opt out of these offers at any time.
see our full list of newsletters
Editor's picks See all columnists