At times in this process we come to an impasse. We reach a point where we either cannot uncover the meaning of seemingly disparate texts, or we cannot find agreement among a variety of interpretations. One need not go far from here—click around this site, or follow the links out to related blogs and publications that play host to theological discussions—and there are considerations that give way to debates before devolving into arguments where the underlying understanding is that the other side isn't seeing what seems so plainly there. These are often perfect opportunities to choose silence, and to admit, "I don't know."

And yet, this response is rarely received well. In 2006, Brian McLaren, writing on the leadership blog on Christianity Today's website, came to his "I don't know" moment about the church's response to "the Homosexual Question." He reached a conclusion that I echoed earlier this month. McLaren writes, "Perhaps we need a five-year moratorium on making pronouncements. In the meantime, we'll practice prayerful Christian dialogue, listening respectfully, disagreeing agreeably."

His suggestion that we cease making pronouncements was met with criticism due, mostly, to it being misunderstood. In one response, Denny Burk, from Boyce College, introduced the quote I posted above this way, "He calls, therefore, upon evangelicals to stop talking about the issue." But of course, neither McLaren nor I call for us to stop talking, but to stop pronouncing. Responding by saying "I don't know" doesn't mean we stop considering a topic, but stop acting as if we know the right answer.

See, a response like Burk's, which is representative of many similar responses to McLaren's suggestion, falters on two false assumptions. The first is that no pronouncement means no consideration, and the second is that the answer to the question is plain and the other side is just not seeing it. But, of course, this is not the case. The answer is hardly ever plain, and certainly "the Homosexual Question" has proven to be a prime example of this. Another recent example was the question over the proper Christian response to events in Egypt. In my last column here and over at Patrol, I found myself pointing out responses that did not seem appropriate. When a commenter asked me what I thought the Christian response should be, I had to admit that I just didn't know.

That God chose to reveal so much about himself in written word instead of the myriad other ways he could have done so should be enough reason for us to, like my students wrestling with Joan Didion, sit in uncomfortable silence for a while before finally raise our hands and simply admitting, "I don't know."

John Paul II, Benedict XVI and Francis All Did Ashes on the Crown
Matthew Schneider
2 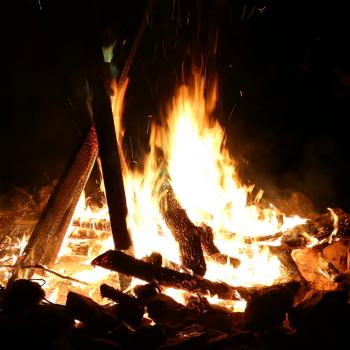 People Who Brag About Their Paganism and Witchcraft
John Beckett
3 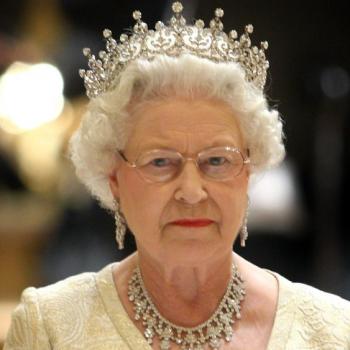 Queen Elizabeth Sues Charlie Hebdo Over Racist Comic
Andrew Hall
Get Patheos Newsletters
Get the latest from Patheos by signing up for our newsletters. Try our 3 most popular, or select from our huge collection of unique and thought-provoking newsletters.
From time to time you will also receive Special Offers from our partners that help us make this content free for you. You can opt out of these offers at any time.
see our full list of newsletters
Editor's picks See all columnists